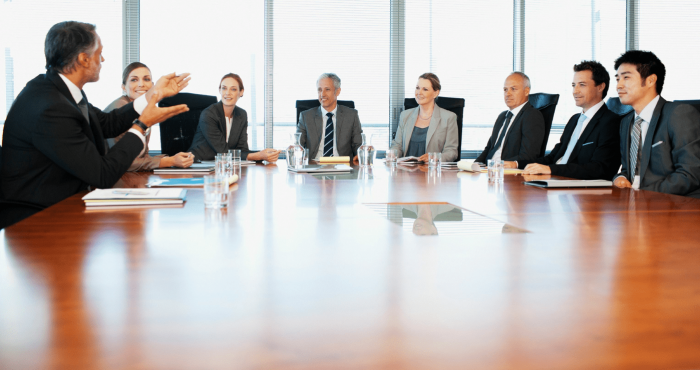 The UK-ASEAN Business Council Board of Directors consists of representatives from influential UK companies with vast experience of doing business in ASEAN. They are all keen to share their knowledge and to promote the incredible range of opportunities available to UK businesses.

Currently, she is a Conservative peer, sitting on the Lords EU Committee (and its Financial Services sub-committee), is Chairman of Crown Agents (a not for profit business dating back to 1833) and is a non-executive director of Capita plc, Secure Trust Bank Plc, Thomson Reuters Founders Share Company and Health Data Research UK.

Stuart Tait was appointed Head of Commercial Banking UK in December 2021 and is responsible for HSBC’s relationships with 900,000 large, medium and small business clients.

He is a General Manager at HSBC Group, one of the world‘s largest banking and financial services organisations with assets of nearly US$3 trillion.

Prior to his current role, Stuart was Regional Head of Commercial Banking for Asia Pacific, the leading international wholesale bank in the region and one of the Group‘s fastest-growing franchises.

Stuart has worked in financial services for over 30 years. He joined HSBC in 1984 as an International Manager and has held various positions in Commercial Banking, Global Banking and Markets, Retail Banking and Wealth Management, Human Resources and Risk. Previous assignments with HSBC have been based in various Asia markets, the Middle East, the US, Canada and in the Group‘s Head Office.

Ian was appointed CEO of the UK-ASEAN Business Council in September 2020. Prior to taking up this position, he had held a variety of roles across government including British Consul General in Ho Chi Minh City in Vietnam, Deputy Consul General and Director of UK Trade & Investment (UKTI) in Dubai, Deputy Director of UKTI in India, Senior Private Secretary to the Department of Trade & Industry (DTI) Secretaries of State (Alistair Darling, Alan Johnson, and Patricia Hewitt) and Director of Business Development with the MWW Group in New York working in public relations.

Prior to this, he spent – 4.5 years – also in New York – as head of Invest UK’s Regional Inward Investment Team (the British Government’s agency responsible for attracting inward investment from the United States to the UK).

After graduating from Bristol University, Peter joined PwC’s London office and qualified as an ICAEW Chartered Accountant in 1981. Post qualification he spent over 20 years with the Jardine Matheson group working in several senior finance and management roles in Asia and the Middle East. In 2014 Peter was re-engaged by Jardine Matheson to head the group’s development of its business portfolio in Myanmar and Cambodia.

Philip has travelled extensively on a global basis and has dealt with numerous hands-on international trade and finance scenarios, specializing in infrastructure solutions. Philip joined JCB in 2002 to bring the Chinese market into JCB’s global strategy. Currently based in London covering international diplomatic liaison, with particular emphasis on India and global account relations.

Previously he spent several years at the Boston Consulting Group, and before that as a Lecturer in Philosophy at St Catherine’s College Oxford. He holds an MA, BPhil and DPhil from the University of Oxford.

Matt serves on the Board of Directors of the UK-ASEAN Business Council and the Board of Trustees of Asia House. He is Chair of the ASEAN Market Advisory Group at TheCityUK.

Rino Donosepoetro was appointed as Standard Chartered’s Vice Chairman for ASEAN in October 2019. In this role, he is responsible for driving the execution of the Bank’s ASEAN strategy and providing governance oversight over the Bank’s footprints that spans across all 10 ASEAN countries. Prior to this, he held the role as CEO for Standard Chartered Bank Indonesia since September 2016 and he was the first Indonesian to hold this post in the Bank’s 157 years of operations in the country.

In a global career spanning 24 years with Standard Chartered, Mr Donosepoetro has held diverse roles across businesses and functions in different markets – Indonesia, United Kingdom, United Arab Emirates, Singapore, Brunei Darussalam, and the Falkland Islands. He joined the Bank as a Graduate Trainee and started his career with Consumer Banking in Indonesia before moving to London in 2001 to take up the role of Executive Assistant to Group CEO. He then joined the Europe Corporate Banking team and subsequently the Consumer Banking team for the Middle East & South Asia out of Dubai in 2004. As Project Director for the Bank’s Group M&A in London, he led Standard Chartered’s successful acquisition of Permata Bank in Indonesia and American Express Bank in the US.

Rino Donosepoetro spent four years from 2010 as the Bank’s Regional Head of Internal Audit for Asia based in Singapore. Prior to CEO Indonesia, Mr Donosepoetro has also held the role of CEO for Standard Chartered Bank in the Falkland Islands and Brunei Darussalam.

In addition to his current role, Mr Donosepoetro is the President Commissioner for Standard Chartered Bank Indonesia and the Bank’s Sustainable Finance champion for ASEAN & South Asia. He also sits on a number of international Boards including the digital venture Nexus Company Ltd Singapore, UK-ASEAN Business Council, WEF APAC Regional Action Group for Sustainability and he was recently appointed as Vice Chairman of the British Chambers of Commerce Indonesia.

Andrew Jeffreys is the Founder and Chief Executive Officer of the Oxford Business Group (OBG), the global publishing, research and consultancy firm, which produces an authoritative series of annual country reports across 35 countries and territories in Asia, the Middle East, South America and Africa.

An internationally regarded analyst, he is a regular guest on television and radio, including the BBC and CNN, and writes often for the regional and international media. He travelled with Prime Minister Cameron as a Delegate on several overseas trips, including ones to Asia, Mexico and India. In 2012, he was appointed to the Board of the UK-ASEAN Business Council.

He founded OBG in 1994 after leaving Oxford University, where he graduated from St Catherine’s College with an honours degree in Politics, Philosophy and Economics. Over the last 20 years, the firm has built up a staff of almost 250 across four continents.

Sam joined the UK’s Department for International Trade in April 2019, where he is responsible for the trade and investment relationship between Southeast Asia and the UK. He is based in Singapore and leads a team of 90 staff across ASEAN based in British Embassies and diplomatic missions. Before joining DIT, Sam was on secondment to the pharmaceutical company AstraZeneca, where he was head of UK Science Policy and Relations.

Sam’s Civil Service career began in 2001 as a graduate in the Business Department, where he ran a Minister’s Private Office before becoming Head of External Relations leading the Department’s relationships and engagement with business operations. He has also spent 6 years in Asia with the Foreign and Commonwealth Office, boosting science and technology partnerships with Southeast Asia and China. Sam has a Masters in Biochemistry from the University of Bath and his structural biology research at Mount Sinai, New York, was published in the journal Science.

Freya Thomas Monk is a Senior Vice President at Pearson plc, a FTSE 100 company specialising in education. Pearson employs over 20,000 people in over 70 countries including a strong presence in ASEAN nations. At Pearson, Freya is responsible for the global English language testing business and has successfully grown the business over the past five years to be a notable market player. Freya holds an MA from Oxford University and an MBA from INSEAD (Paris). She lives in London with her husband and three children and is Chair of Governors of a Lambeth primary school. Visit Freya’s Twitter profile here and LinkedIn profile here.

Following a scientific career in research and industry, Amanda moved into business intelligence with Glaxo SmithKline prior to joining the University of York in 1999. Amanda is responsible for the engagement of the University with business with a special focus on the development and delivery of professional development and executive education courses for organisations across the world.

Through her work with UK Trade & Investment, much of Amanda’s work involves promoting the UK Higher Education and Corporate Training sector to overseas governments and corporations and she regularly speaks to audiences of UK businesses on export and international business.

Amanda is also Founder and Director of the Training Gateway a FREE brokerage service providing a quick and easy way for any organisation wishing to source corporate, vocational and executive training and educational partnerships from UK universities, colleges and private training providers.

Amanda has worked extensively across the MENA region with both governments and the private sector and regularly takes UK education and training trade missions to the region and sits on the UK-ASEAN Business Council representing Higher Education and SMEs.