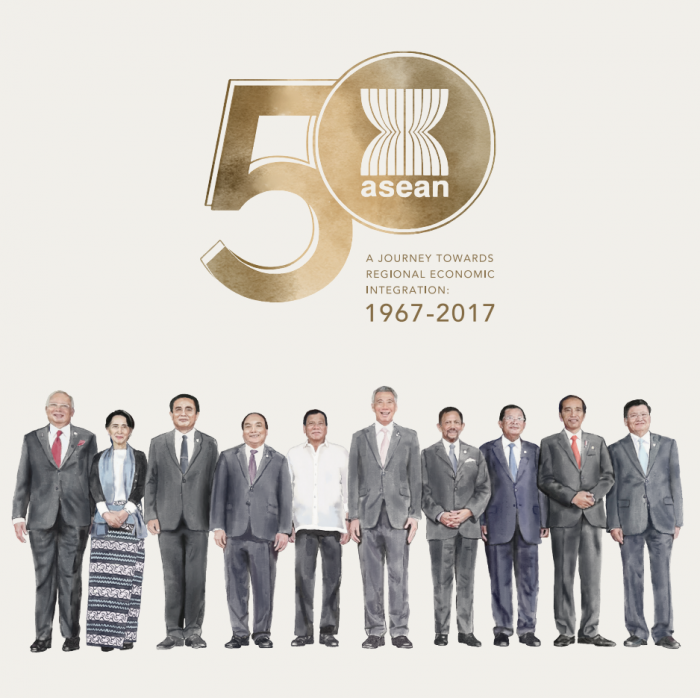 ASEAN came into being on 8 August 1967 when Ministers representing the five founding member states – Indonesia, Malaysia, the Philippines, Singapore, and Thailand – met in Bangkok to sign the ASEAN Declaration, also known as the “Bangkok Declaration”.

This unprecedented Asian regional grouping was formed at a time of both promise and challenge for the world. While technological advances in telecommunications, production efficiency and transportation were helping to extend the post-war economic boom, especially in developed countries, geopolitical tensions continued to fuel conflict and political insecurity in Asia and other developing regions, hindering their growth, stability, and prospects.

Southeast Asia’s emerging economies faced many issues in common, ranging from poverty, unemployment, and limited access to education and social services, to concerns over food security for their rapidly-growing populations. The founding members of ASEAN believed that the member states had a shared responsibility for improving economic growth and promoting peace and stability in their region, through building a unique regional model that was distinctly Southeast Asian.

To view the whole publication, please click the link below. The high-resolution images may result in a slow load time.