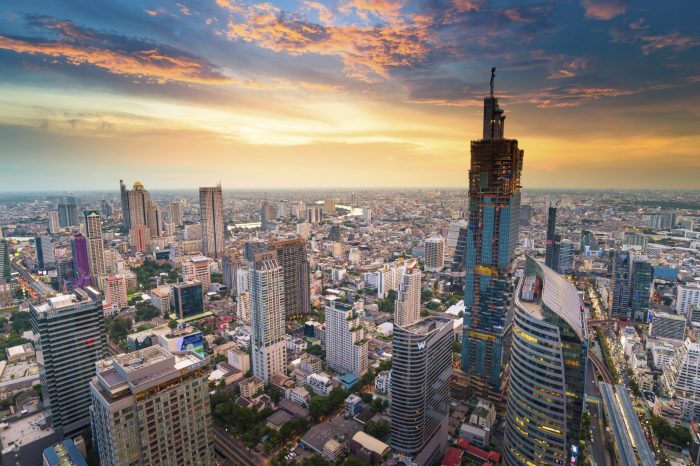 By enacting measures to preserve natural and heritage sites, Thailand is stepping up efforts to protect its visitor attractions and promote sustainable tourism, although the intervention is expected to affect sector earnings in the short term.

In early May tourism officials announced that the popular natural heritage site Maya Bay, located on Ko Phi Phi Le island and made famous as the location of the 2000 film The Beach, would remain off-limits to tourists until at least June 2021. The area has been closed to tourists since June last year after rising visitor numbers resulted in damage to the site.

Even after the reopening of the bay, daily visitor numbers will be strictly limited to 1200, less than a quarter of the estimated 5000 tourists who visited the site each day in past years.

While applauded by environmental campaigners, the decision to extend the visitor ban until 2021 was not welcomed by local tourism stakeholders, who have seen earnings and visitor numbers tail off over the past year due to the closure of one of the region’s main attractions.

The extension is just one of a number of measures announced to protect popular nature sites from overexploitation.

The Haad Chao Mai national park in southern Trang Province closed on June 1, not to reopen until the monsoon season finishes at the end of September – a measure that officials said has been implemented both for safety reasons and to allow for natural regeneration.

Despite these concerns, Paul Ashburn, a partner with business consultancy BDO in Thailand, said that measures such as the Maya Bay closure serve as a signal to investors that the Thai government is prepared to take proactive steps to protect the country’s assets, which in turn will strengthen the long-term potential of the tourism sector.

“Sustainable tourism measures are always a positive sign for the country, the environment, communities, tourists and, in the longer term, businesses,” Ashburn told OBG. “Investors committed to the long-term future of the tourism industry will understand the necessity of closing off endangered environments and the future benefits this will bring to the industry.”

As witnessed in Maya Bay, the effects of rising tourism – along with other environmental events – are posing challenges to the sector, which accounted for 9.4% of GDP in 2017 and directly contributed some 2.3m jobs, according to the World Travel & Tourism Council.

For example, high visitor numbers combined with shortfalls in water-treatment capacity in the popular resort area of Pattaya led wastewater to be released into the ocean, creating a potential health hazard that could deter visitors from coming to the region.

Meanwhile, the regular forest fires that affect Thailand’s air quality in the dry season have also had an adverse impact on tourist numbers. This year’s fires, some of which resulted from land-clearing for agriculture, saw palls of smoke cover tourist areas such as Chiang Mai in the north.

At the peak of haze conditions in March and April, hotel occupancy rates fell to 75% and 60%, respectively, according to data issued by the Thai Hotels Association, well off the seasonal average of 80%.

While the annual haze may be difficult for the authorities to combat, the government has moved to curb another form of pollution that has long plagued tourist sites – plastic waste.

In May the government announced it would ban the use of micro-beads, cap seals and oxo-degradable plastics (plastics that do not degrade but fragment into small pieces) by the end of this year. By 2022 it also plans to ban many forms of single-use plastic bags, plastic drinking straws and styrofoam food containers.

These efforts to improve the country’s sustainable tourism credentials come amid easing momentum in the sector.

Growth was muted in the first quarter of this year, traditionally its peak season, according to data issued by the Ministry of Tourism and Sports.

This was reflected in national flag carrier Thai Airways’ first-quarter results, with the airline posting a BT828m ($26.5m) loss, compared to the BT3.8bn ($121.5m) profit recorded in the corresponding period last year.

While there was an increase in arrivals from most key markets, including South Korea, Malaysia and Japan, inbound traffic from first-ranked tourist source China dropped by 1.7%. This continued a downward trend, which was compounded in August by the sinking of a ferry that took the lives of dozens of Chinese tourists in Phuket.

The slowing of the tourism trade is one of the factors contributing to the recent downward adjustment of Thailand’s economic forecast for this year.

On May 21 the National Economic and Social Development Council (NESDC) announced it had lowered its year-end GDP growth projection from 4.0% to between 3.3% and 3.8%.

While citing a downturn in exports, which contracted 3.6% year-on-year in the first quarter, and the wider fallout from the China-US trade dispute, the NESDC also called on the government to provide support for the tourism sector to boost growth.