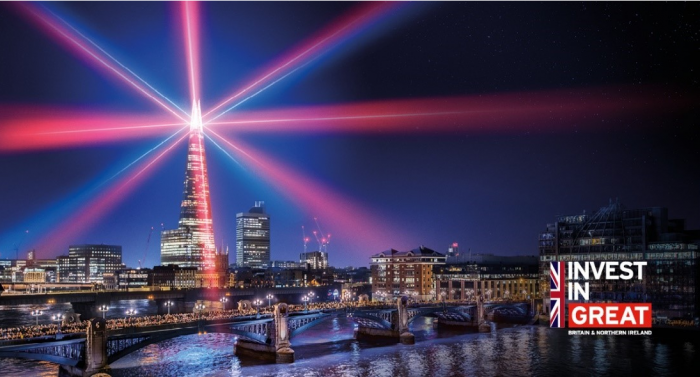 Why the UK is the leading FinTech partner for Asia Pacific

By Natalie Black, Her Majesty’s Trade Commissioner for Asia Pacific

The UK is once again the top destination for FinTech investment in Europe – and second globally only to the US.

According to Innovate Finance, the UK accounts for over 60% of all venture capital and private investment into Europe’s FinTech sector. Capital raised by UK FinTechs was worth a record $4.9bn in 2019 – a 40% increase on the $3.5bn invested in 2018.

London is second only to San Francisco for the number of FinTech companies and FinTech unicorns created by a city, according to Tech Nation. This rapid rise in investment has led to the UK tech sector beating out both the US and China in 2019, with record-breaking inward investments worth over $13bn.

As Her Majesty’s Trade Commissioner for Asia Pacific, covering North East Asia, ASEAN and Australasia, I am delighted that a significant proportion of the UK investments in technology came via Asian investors, and that the collaboration between the UK and Asia tech sectors is ripe for growth.

Now is the time to strengthen these ties and develop stronger partnerships around the world. This month the UK Government launched the new Ready to Trade campaign, including in Asia Pacific.

The campaign illustrates the innovation and creativity of the UK and presents the opportunities the UK can offer the world in key sectors including FinTech.

The UK’s expertise in Fintech

Why is the UK a world-leading FinTech destination for entrepreneurs from Asia Pacific to start and scale up their business?

We have the consumers: The UK’s FinTech adoption rate is 71% – above the global average of 64% and twice the rate of France (35%).

We have a progressive regulatory environment: The Financial Conduct Authority’s innovative sandbox model – the first globally – has supported more than 700 firms and increased average speed to market by 40%.

We have the talent: 76,500 people work in FinTech UK-wide and this is set to grow by almost 40% by 2030. Talent flows between Asian and the UK tech sectors are only going to continue, with the recent announcement of our new Global Talent visa, enabling an unlimited number of the world’s brightest and best talent to come to the UK.

We have the innovation: In the FinTech50 firms ranked for innovation, 31 have a presence in London. But it isn’t just London that is excelling as a FinTech hub – Belfast ranked third in the world on FDI’s list of FinTech Locations of the Future (after London and Singapore), and Edinburgh also makes the global top ten.

The UK’s FinTech unicorns are increasingly expanding into Asia: Revolut, Transferwise, Greensill, OakNorth and Rapyd are already here and there are plenty of opportunities for UK FinTech companies across the region.

According to a report by Google, Temasek and Bain & Co, the digital economy in South East Asia should treble to $300bn by 2025 – and this might be a conservative estimate. Only a quarter of adults in the region have full access to financial services, with huge potential to offer services across banking, credit, insurance and investment services to a region which spends more time on mobile internet than any other globally. Digital payments should cross $1 trillion by 2025 in Asia, and account for nearly one in two dollars spent in the region.

Australia and New Zealand (ANZ) also have rapidly developing FinTech sectors. The successful UK-Australia FinTech Bridge, one of three in the Asia Pacific region alongside Singapore and South Korea, simplifies access to market in both directions and streamlines opportunities for UK and Australian FinTechs. This, alongside the staged introduction of Open Banking in Australia started in July 2019, presents UK FinTechs great scope for partnerships and collaboration.

UK companies, Revolut, Ebury, Recordsure, TransferWise and many others are already doing well in ANZ, while Australian FinTechs Project Pay, Black Arrow and Pin Payments, and New Zealand companies Xero and Layby have successfully set up in the UK.

While in North East Asia, although Japan is still a cash-dominant society, there is a growing and urgent need for FinTech technologies to transform the current, retail banking-dominant financial structure. The FinTech market was worth £1.5 billion in 2018, up 42.7% from the previous year, and it is expected to increase to £8.4 billion by 2022. And again, UK companies Transferwise and Revolut are already present in the Japanese market.

The Government in South Korea is also actively supporting the FinTech ecosystem through deregulation and creating a more favourable policy environment. During a visit to South Korea last year, the Lord Mayor, an international ambassador for the UK’s financial and professional services sector, called for increased cooperation with South Korea on FinTech and looked to further facilitate the UK – Korea FinTech Bridge which was launched in 2016.

How we can help build this partnership

Our DIT Capital Investment team can support Asian venture capital firms looking to diversify their UK investments into the FinTech space. We will continue to nurture our diverse and vibrant ecosystem for FinTech companies.

We’re the UK and we’re ready to trade with you at great.gov.uk

This article was originally published in LinkedIn and can be viewed in the link below.