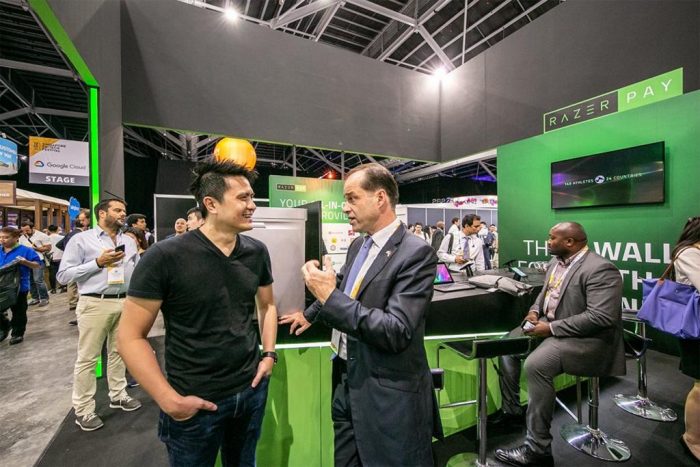 Why markets such as ASEAN are the future of UK trade

Last week, I joined Ministers from across South-east Asia in Singapore, at a gathering of the Association of South-east Asian Nations (ASEAN) – a market which, collectively, is one of the United Kingdom’s largest export markets outside the European Union.

Given the size of the opportunity in this vast community, comprising of some of the world’s fastest-growing economies, some may be surprised that the Summit does not see an even greater presence of representatives from the West. Others, on the other hand, might suggest that the UK, on the other side of the world, is simply too far away to focus its trade in Asia.

But that could not be further from the truth. In this day and age, trade can be done anywhere – just last year, trade between the UK and ASEAN nations was worth £36.5 billion (S$64.2 billion), a more than 10 per cent increase from the previous year. In Singapore’s case, the UK exported £8.6 billion worth of goods and services.

In my time in Singapore, I met some of those brilliant UK companies investing in and doing business here. At the Singapore Fintech Festival, I was joined by 12 of the most innovative UK fintech companies looking to collaborate with others right across Asia.

Take CurrencyCloud, for example, which delivers a cutting-edge ‘payments toolbox’ – an advanced platform which provides cross-border payments and helps international businesses easily send and receive payments across borders in today’s digital economy. The company, based in London, is currently looking to establish its regional headquarters in Singapore – supporting and collaborating with businesses across Asia.

It currently processes nearly 5 million payments, totalling more than US$25 billion (S$34.4 billion) a year, across more than 35 countries. Businesses like these show just how broad the possibilities are for modern trade with the world, allowing companies on opposite sides of the globe to innovate and grow in each other’s markets. So, now is the time to look beyond our traditional neighbours to new trading partners, from the Pacific to the Atlantic.

In fact, just last month, the UK Government completed a public consultation on the UK potentially seeking accession to the Comprehensive and Progressive Agreement for Trans-Pacific Partnership (CPTPP), a new trade agreement which includes Singapore as well as 10 others across Asia and the Pacific. We will publish the findings of the consultation soon, but it demonstrates just how much importance we place on our future trade with the region.

So as we leave the EU and renew our trading relationships with the wider world, I am determined that we not only continue to champion free trade but that we also expand its reach and deepen links with those crucial markets which the modern era has placed firmly within our grasp.

It is great British fintech companies like Cube, Novastone, Onfido and Railsbank which make me confident that trade between the UK, Singapore and the rest of Asia-Pacific will go from strength to strength as we seize on new opportunities, and that these can form a blueprint for free, fair trade in all corners of the globe.

I hope you will join me in making that happen.

George Hollingbery is Minister of State for Trade Policy at the UK’s Department for International Trade.