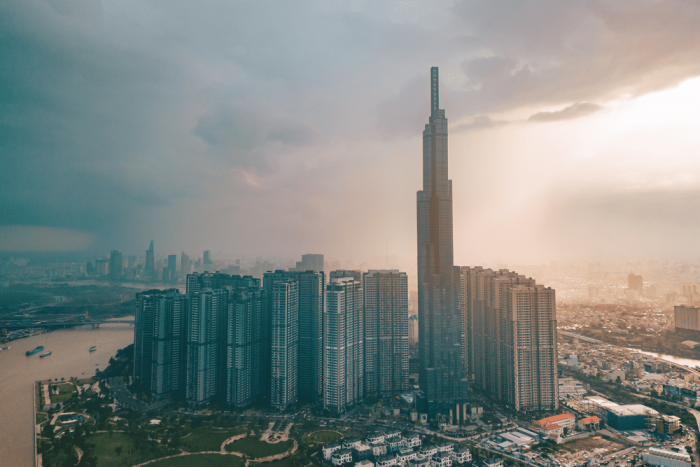 What are the key issues shaping Vietnam’s 2020 ASEAN chairmanship?

As chair of the Association of South-East Nations (ASEAN) in 2020, Vietnam is to steer regional policy under the theme “Cohesive and Responsive”, working to counter threats to multilateralism and free trade.

The fast-growing “tiger cub” economy took over the leadership of the 10-member bloc from Thailand in November 2019 and is expected to organise and chair approximately 300 conferences and events during its year at the helm, culminating in the final Leaders’ Summit in November.

Its chairmanship comes as the US-China trade dispute remains unresolved and the Chinese economy appears to be on a path of deceleration, causing concern among ASEAN member states who count China among their top trade partners and sources of foreign direct investment (FDI). In addition, the spread of the Wuhan coronavirus will have a negative impact, in particular on tourism and trade.

China is Vietnam’s largest trade partner by some distance, and in 2019 Hong Kong and mainland China were its second- and fifth-largest sources of FDI, respectively.

In response to external threats to the regional economy, Vietnam will promote intra-ASEAN trade and investment, while fostering common values and reinforcing intra-bloc solidarity on security. Other overarching objectives include enhancing regional connectivity and digital transformation, strengthening the bloc’s institutional efficiency and promoting a positive ASEAN role in international affairs.

“ASEAN needs to be a cohesive and integrated community,” Nguyen Quoc Dung, Vietnam’s vice minister of foreign affairs and Vietnam’s ASEAN Senior Officials’ Meetings leader, told OBG. “To achieve this, we need to improve connectivity through hard and soft infrastructure, enhance ASEAN’s institutional capacity, and raise awareness of its achievements and contributions, in order to develop the identity of the ASEAN community.”

Vietnam is chairing the association as it celebrates the 25th anniversary of its formal accession to the bloc. Since it joined in 1995 Vietnam has developed into one of the region’s most dynamic economies. According to the General Statistics Office of Vietnam, GDP expanded by 7.02% in 2019, and growth of between 6.76% and 7.01% is forecast for 2020.

Vietnam’s economic growth has been powered in large part by pro-market reforms and openness to international trade and investment.

As of 2019, Vietnam had made commitments to 16 separate free trade agreements (FTAs), of which 12 have been signed and are in effect. Such agreements have not only created export opportunities but also encouraged administrative reforms and improvements in infrastructure and human capital.

Last year Vietnam inked an FTA with the EU to reduce tariffs on 99% of bilateral trade. Additionally, the 11-nation Comprehensive and Progressive Agreement for Trans-Pacific Partnership (CPTPP) came into effect in the country.

Meanwhile, Vietnam has been one of ASEAN’s biggest beneficiaries of the US-China trade war, with China-based manufacturers seeking to avoid export tariffs in the US.

Despite a general downturn in global FDI flows, investment pledges in Vietnam reached a 10-year high of $38bn in 2019, while disbursement of FDI capital rose to $20.38bn, a 7% increase.

Some 65% of FDI went into processing and manufacturing, further demonstrating Vietnam’s appeal to international firms seeking an alternative production base in the region.

Not all ASEAN members have historically shared Vietnam’s enthusiasm for free trade, however, with some maintaining non-tariff barriers to protect national industries from foreign competition. Cultural and internal differences in economic development have also undermined efforts to forge a common position on international trade.

In this regard, Vietnam hopes to use its own positive experiences to persuade all members of the bloc to embrace trade openness in 2020 and beyond.

“We will encourage ASEAN to support multilateralism and open and free trade, as every member stands to benefit from agreements such as the RCEP and CPTTP,” Dung told OBG.

Towards a digital ASEAN

In parallel to the ASEAN government meetings in 2020, the regional business community will be gathering throughout the year to pursue its agenda through the ASEAN Business Advisory Council (BAC), culminating in the ASEAN Business and Investment Summit in November.

The 2020 theme chosen by the ASEAN BAC under Vietnam’s leadership is “Digital ASEAN for Sustainable Development”, which builds on the “Empowering ASEAN 4.0” theme of predecessor Thailand.

Doan Duy Khuong, chair of the ASEAN BAC, told OBG that the focus will be on preparing micro-, small-, and medium-sized enterprises (MSMEs) to mitigate the challenges and take advantage of the opportunities presented by Industry 4.0 and the rapidly changing digital economy while finding a balance between economic growth, environmental considerations and long-term social development.

“Digitalised MSMEs can promote equal opportunity for vulnerable groups such as women, young entrepreneurs and poor communities. By working to promote MSMEs, we aim to drive innovation and inclusive, people-centric growth,” Khuong said.