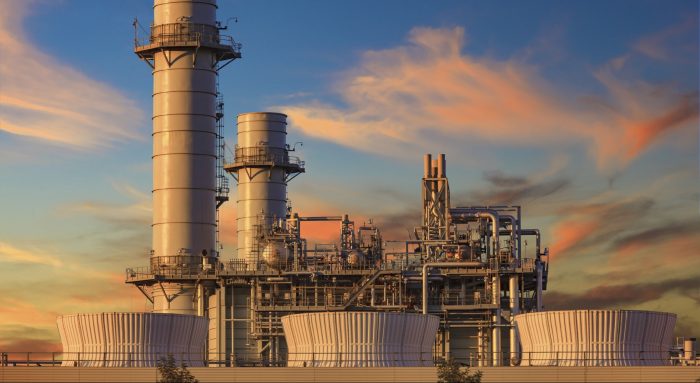 A new master plan in Vietnam has mapped out medium-term objectives for investment and development in the power sector to meet the goal of advancing industrial capacity.

Unveiled in late March, Vietnam’s revised Power Development Plan 7 (PDP 7) sets out a blueprint for expanding power generation by using a mix of energy sources. The plan foresees VND3207trn ($148bn) worth of investments in generation and distribution capacity through to 2030, with installed capacity to rise to more than 135 GW.

A bump in supply

Vietnam has about 34 GW of generation capacity, and while this is sufficient for current needs, it is expected to be outpaced by demand in the near term. Advances in industrialisation have seen demand growth of 10-12% per annum, placing additional pressure on the national grid.

In the short term, the government plans to bridge the gap by importing electricity from neighbouring Laos. In late January the National Power Transmission Corporation announced it was in the process of upgrading transmission grids to accommodate the imports, which are expected to fill the demand gap through to 2020.

Longer term, the government aims to revamp the country’s energy mix, with coal anticipated to contribute more than half of total power generated by 2030, followed by hydropower and natural gas.

While Vietnam plans to ramp up investment in renewable energy, notably wind, solar and biomass, the use of thermal power is also projected to increase significantly.

Under the revised PDP 7, thermal power will account for 45.8 GW of generation capacity, with still more investment likely in coal power plants in subsequent years.

By 2030, coal-fired power stations are expected to account for 53.2% of installed capacity in Vietnam, up from the current 34.4%

“By contrast, electricity production from renewable energy sources, including wind, solar and biomass, will only account for about 10% of Vietnam’s energy mix by 2030,” Peter Cattelaens, project leader for renewable energy at the German development organisation GIZ, told OBG.

Meanwhile, nuclear power will account for about 5.7% of Vietnam’s energy mix by 2030 after the country’s first nuclear power plant comes on-line in 2028.

As reliance on thermal power scales up, coal consumption is expected to see a marked increase over the next 15 years.

According to some estimates, Vietnam will be burning 188m tonnes of coal per year by 2030, more than double the 79m tonnes projected for 2020 and almost 15 times the volume consumed in 2012.

Even with local production forecast to rise from 45.1m to 55m tonnes by 2030, coal  imports – which are typically priced relatively higher – will likely be needed to bridge a widening supply gap over the coming years.

To that end, state-owned PetroVietnam has signalled plans to import around 10m tonnes of coal per year, largely from Australia and Indonesia, from 2017 onward.

While hydropower is also expected to see greater investment under PDP 7, competing needs for water resources and global warming have sharpened the focus on other sources of energy.

“Hydropower or coal-fired plants are not sufficient to cope with our growing economy,” Bui Ngoc Bao, chairman of Vietnam National Petroleum Group, told OBG. “With a changing climate, Vietnam’s dependence on hydropower does not make sense, even if it is competitive investment-wise.”

Although PDP 7 should see hydroelectric generation capacity increase from 17 GW to 27.8 GW by 2030, hydropower’s share of the energy mix is projected to drop from around 37% to 16.9% in the next 15 years.

Vietnam must balance water needs between the utilities and agricultural sectors, according to Jacques de Beer, a project manager with consulting and engineering multinational Poyry.

“Balancing water resources has become more complex as a result of climate change,” De Beer told OBG. “There’s an aim to shift away from hydropower due to the difficulties of managing unpredictable water levels for power generation.”

Indeed, reduced rainfall triggered by the El Niño weather pattern is expected to impact water levels at Vietnam’s hydropower plants through to the end of the year, with operations at several facilities temporarily halted.

Broadening the role of natural gas

As Vietnam scales up its manufacturing sector, natural gas could play an important role in satisfying the country’s energy needs, while also serving an industrial use.

The country has sizeable natural gas resources – with 700bn standard cu metres of proven reserves as of the end of 2015, according to figures from the US Energy Information Administration. However, most of the country’s deposits are located offshore and up to 50% have high carbon dioxide content, which adds to operational costs.

Imported feedstock, to be landed at two liquefied natural gas terminals slated for completion in 2020, should help bridge the shortfall in the medium term, though hydrocarbons’ share of Vietnam’s overall energy mix is slated to decline from 25% to 13% by 2030.

“While the revised PDP 7 shifts some coal-fired power plants to natural gas, from a strategic standpoint Vietnam intends to use more gas to produce petrochemicals, with the ambition of becoming a refining and petrochemical hub in South-east Asia,” Nguyen Anh Duc, general director of the Vietnam Petroleum Institute, told OBG.

This information was originally published by Oxford Business Group (OBG), the global publishing, research and consultancy firm.  Copyright Oxford Business Group 2016. Published under permission by OBG.   For economic news about Vietnam and other countries covered by OBG, please visit: http://www.oxfordbusinessgroup.com/economic-news-updates