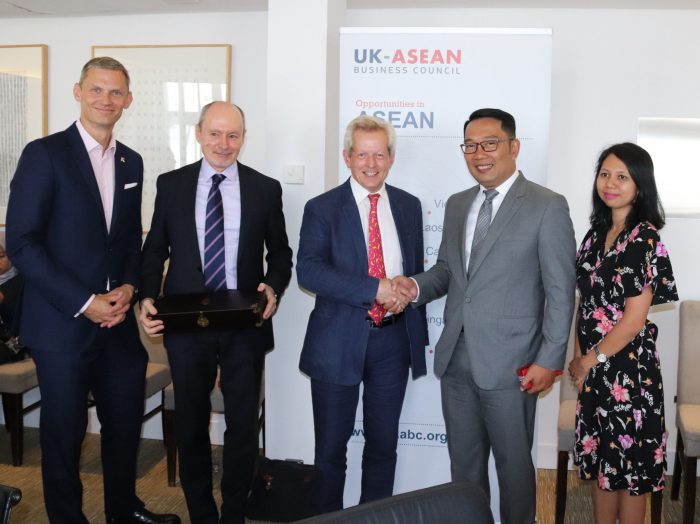 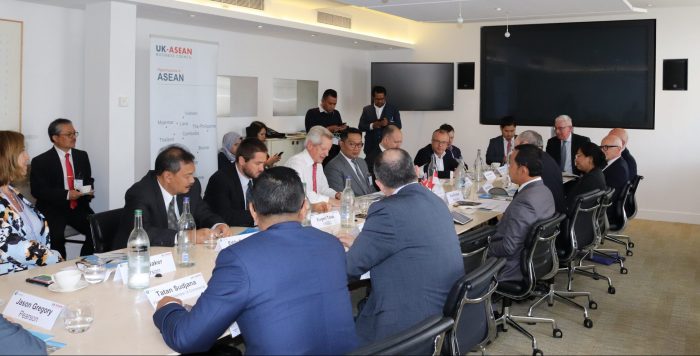 UKABC was delighted to host Ridwan Kamil, Governor of West Java, Indonesia, to a roundtable discussion with UK business. Moderated by Richard Graham MP, Prime Minister’s Trade Envoy to Indonesia, the business useful conversation highlighted the many opportunities available for investment currently and the bullish outlook for this vibrant province with a population the size of Spain.

Home to 48 million people, it is the most populated province in Indonesia. With an economic growth rate of 5.64 percent, West Java is growing faster than the national rate of 5.1%. Bandung itself, the capital of the province, has a population of 2.5million. West Java is the top investment destination in Indonesia with £13.2bn followed by Jakarta and East Java. Over 60% of national investments go to West Java. In the next 20-30 years the Indonesian economy will be the 4th largest economy with 70% of its demographic employed.

Ridwan Kamil highlighted that the growing middle class is spending money, buying increasing amounts of consumer goods and travelling more. They want access to good quality health care and education. They are also tech hungry and he wants West Java to be the first smart province saying “as the new Governor I will use technology to transform the way we do things in rural areas and in the commodity business. I am looking for UK technology companies to partner us.” Ridwan Kamil stressed he wants the province to be “4.0 ready”.

Connectivity is being prioritised with the country’s first High Speed Bullet Train being built from Jakarta to Bandung. This will reduce the train ride from 3 hours to 40 minutes. It will create 3 new towns and a be linked by the Greater Bandung Light Rail Transit system with 8 linked routes. One of the towns being planned will be similar to Singapore’s Marina Bay.

In addition to the railways, a new airport, Kertajati International Airport, is being built in West Java and the Governor is looking to the UK to help develop digital commerce in the terminals. A seaport is also being developed that will also feature a free trade zone.  The special economic zone will enjoy no tax for imports and exports and lower labour costs. Once completed, West Java’s economic growth is forecast to be over 8%.

Technology is being used in rural areas including in the fishing and agricultural sectors. Fishermen are being provided with fish finders and apps on smart phones are being used with fish feeding technology on fish farms. Agritech will be an important growth area for West Java. Tech will be a key part of Indonesia’s future. Out of the 7 unicorns in Southeast Asia, 4 are from Indonesia.

In the energy sector, West Java will see a focus on green energy. Ridwan Kamil said ‘We want to be the most aggressive province in Indonesia when it comes to green energy’. He cited UK’s Plastic Energy will invest £164m to build 5 facilities to transform plastic waste into energy. The Governor will make it mandatory for all plastic waste to be recycled for positive use, it will be the first in Southeast Asia. Going electric in every way possible, the Governor’s official motorbike is an electric bike.

Governor Ridwan Kamil was accompanied by the Mayor of Bogor and the Chairman of the Chamber of Commerce in West Java.

Our thanks to UKABC partner Pearson, the world’s learning company, for kindly providing the venue for the discussion.

This event was for UKABC Corporate Partners and invited guests. For more information on opportunities to be part of UKABC please contact ken.wells@ukabc.org.uk.

Ridwan Kamil, an architect turned politician, was appointed Governor of West Java in October 2018. He graduated with a bachelor’s degree from the Institute Technology of Bandung and continued with his master’s degree of Urban Design at the University of California, Berkeley. A businessman by background, he won the British Council Young Creative Entrepreneur Award in 2006.

With 10.7m Instagram followers, Ridwan Kamil is considered progressive and outward looking. He is interested in developing West Java into a digital smart province and is keen to look to the UK for support to achieve this.

Where is West Java? Click here to see on Google Maps 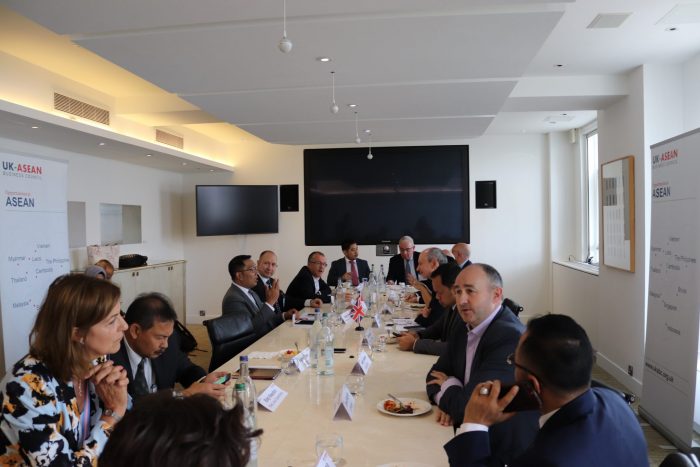 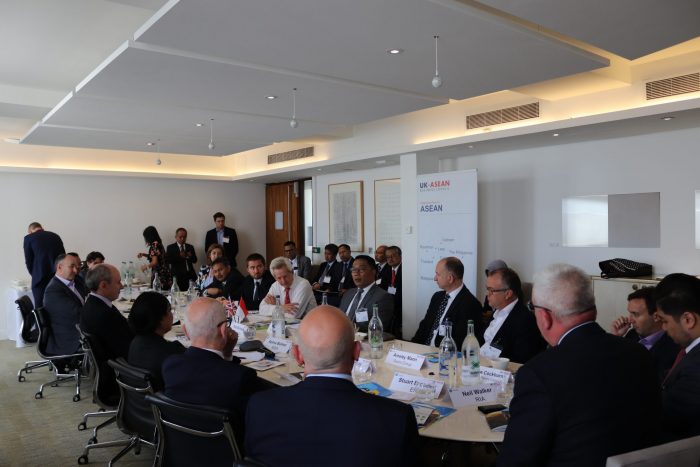 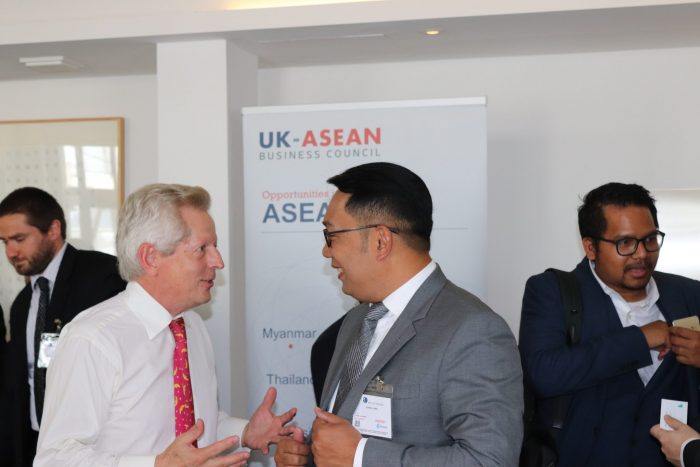 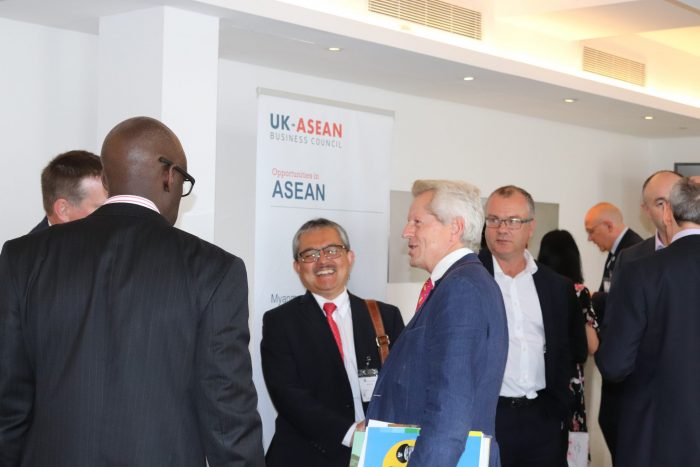 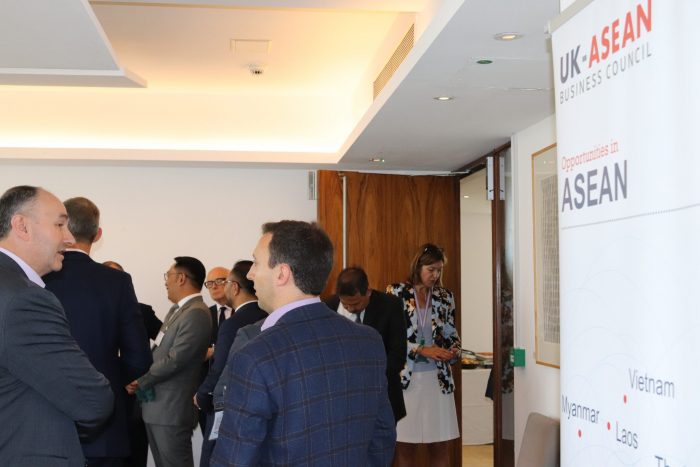