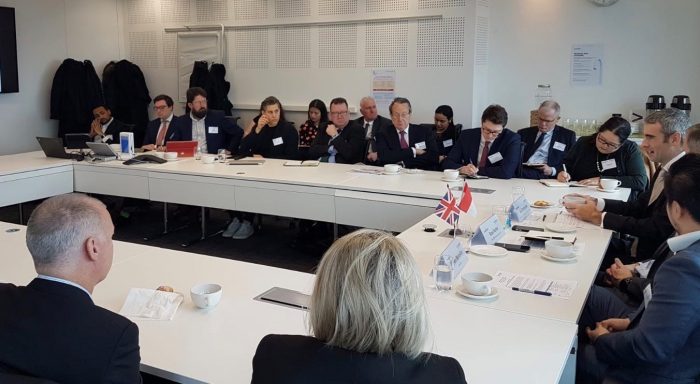 Joel Derbyshire, DIT Country Director for Indonesia, provided a fascinating analysis on Indonesia’s plans to move the capital from Jakarta to Borneo, his views on the new cabinet, the UK-Indonesia Joint Trade Review and explored opportunities for UK plc to deepen its engagement with Southeast Asia’s largest economy. 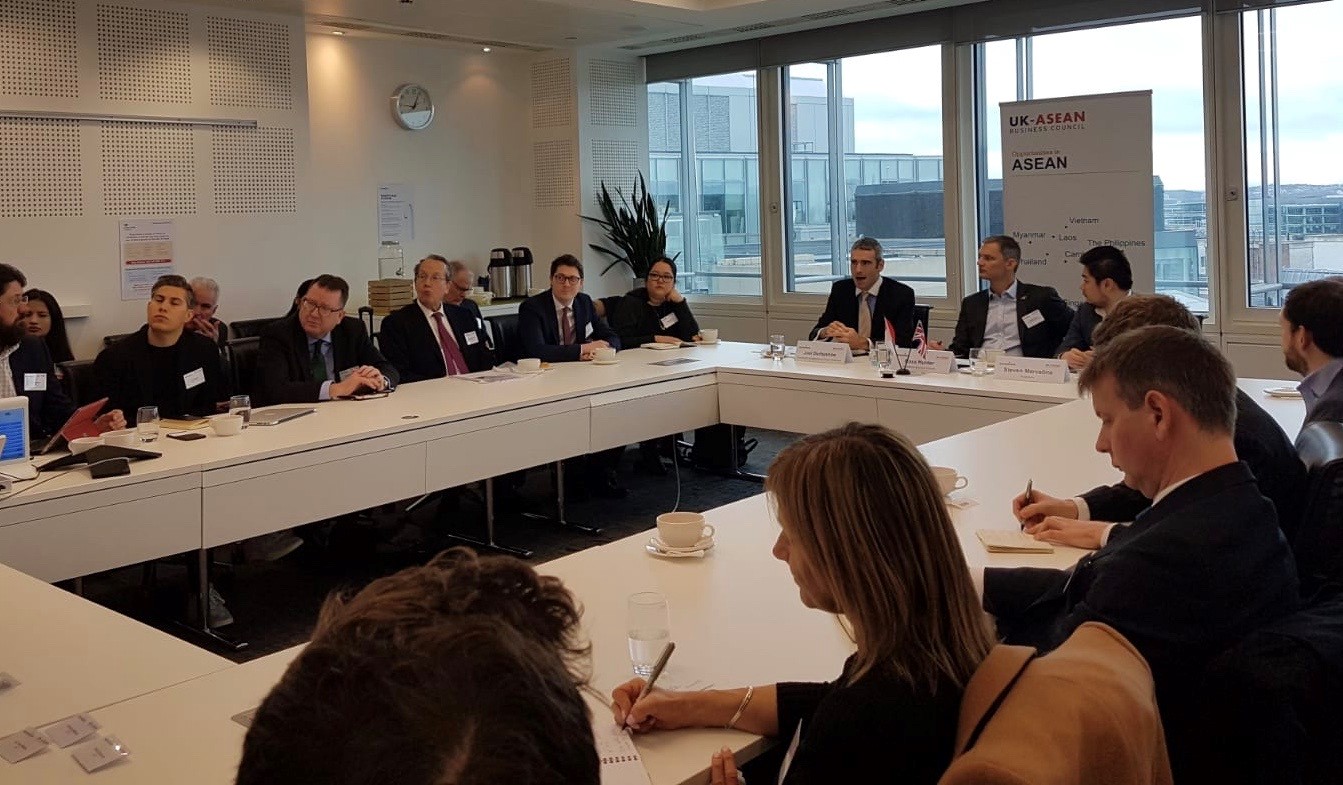 President Jokowi’s vision for the new capital is to create a coastal city based on restored palm oil plantations surrounded by wetlands and tropical forests that is compact and walkable. It will be a  smart city using the latest technology, applying Artificial Intelligence with autonomous vehicles.

The chosen design, Nagara Rimba Nusa, symbolises a forest city surrounded by islands and is based on different principles within Indonesia.

The plan is for the city to be surrounded by five themed satellite towns separated by green belt to avoid urban sprawl. The satellite cities will be focused on innovation, technology, sports, research and education.

Reforestation is a key element of the new city’s sustainable development plans, with plans to allocate 70 percent of the 2,500 sq km area as reforested zones. The remaining 30 per cent of developed areas will include an institute which will specialise in reforestation and a botanical garden.

Why move the capital?

The move will put Indonesia’s centre of gravity in the middle of Indonesia’s sprawling archipelago rather than be Java-centric and help to rebalance the economy. Another factor is that Jakarta draws on underground water and is sinking. It is also overpopulated and moving will ease some of the pressure of congestion. However, Jakarta will continue to be the business capital.

The cost of the new city is estimated to be £28 billion and has drawn interest from investors from China, Japan, Korea, the Middle East and the US. There will be opportunities for UK plc to compete to be part of the developments planned.

The advisory board for the new capital includes:

Tony Blair highlighted the opportunities that the new capital presents in a press conference on the 28 February 2020 in Jakarta.

Joel noted that Indonesia has to be viewed as a long-term strategy stressing that it is a relationship-based market and that  “you have to be there on the ground.”

The trade Review between the UK and Indonesia?

It is the beginning of a discussion on market access issues and ways to grow UK-Indonesia trade and investment. If you want to be consulted and have particular views on the Joint Trade Review please let DIT know.

See pictures from the event at our Flickr Page here.

BREAKING: Jokowi announces his new Cabinet. Here’s the line up by Jakarta Post