Owen Jenkins, British Ambassador to Indonesia and Joel Derbyshire, DIT Country Director took part in a wide-ranging digital discussion with UKABC Partners led by Baroness Neville-Rolfe, Chair of UKABC on the impact of the coronavirus on Southeast Asia’s largest country. Indonesia is going through a terrible crisis but there has been little social unrest.

To date, there has been 22,500 cases and 1,391 deaths with the virus spreading to all of the country’s 34 provinces. The number is relatively low compared to other countries and a population of 270 million but has the highest number of deaths in Asia outside of China. 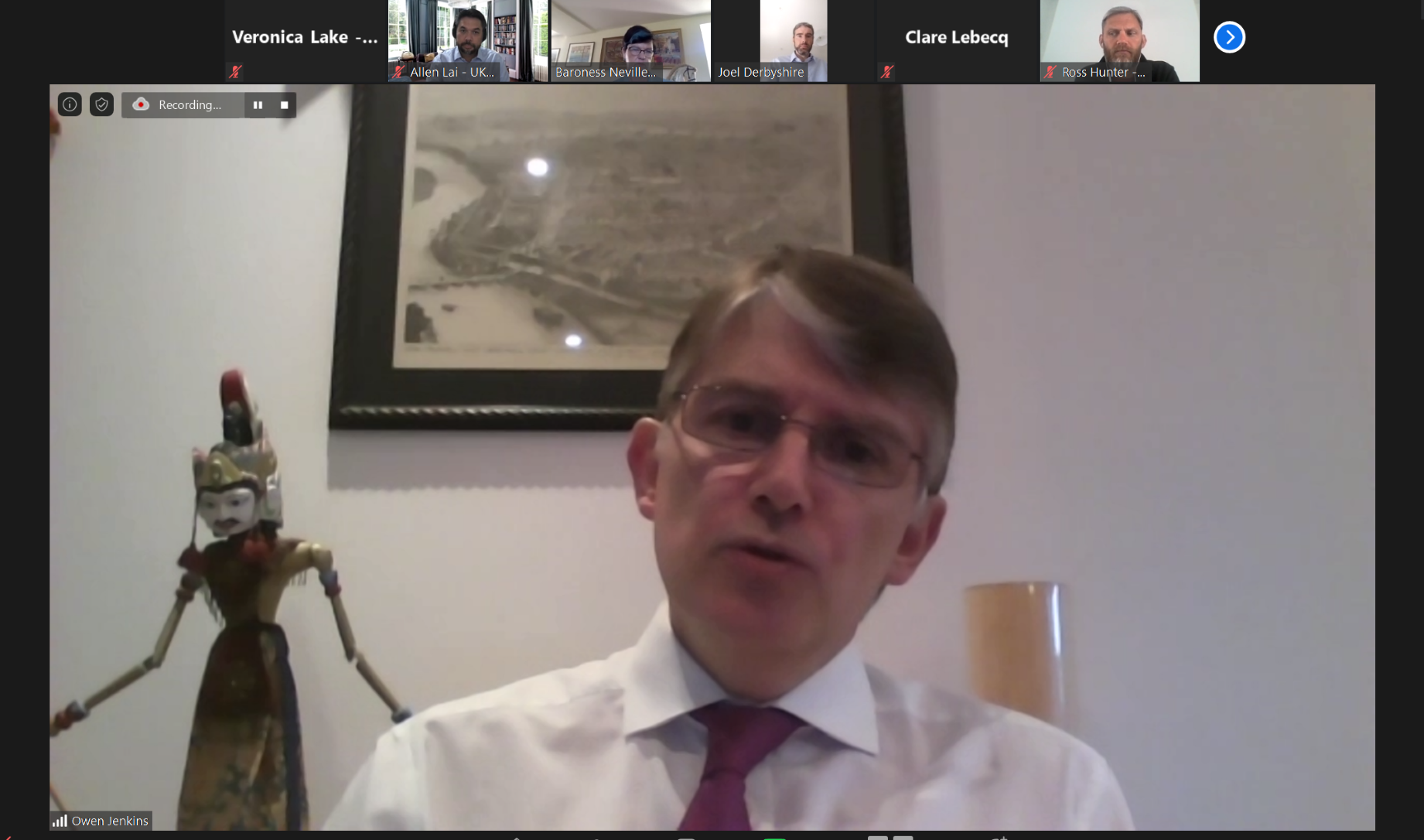 President Joko Widodo has led the government in providing a robust response to the crisis and identifying a five-stage plan to reopen the economy. As with other countries around the world, Indonesia faces a balancing act of containing the virus and keeping the economy going. Social safety net measures have included ensuring food security and food price stability together with food aid and unemployment benefits. In addition, free or discounted electricity is being provided to 31 million lower-income households.

The government is putting into place a £35 billion recovery package that includes tax incentives as well as strengthening social safety net programmes. The World Bank now projects zero percent growth under the baseline scenario however may contract 3.5% under a worst-case scenario. The budget deficit is estimated to reach 6.27% of GDP (compared to the current ceiling of 3% which the government is seeking to lift).

Indonesia is in a much better position to handle this crisis than the Asian Financial Crisis of the late 1990s with the economy, despite the crisis, expected to recover to 5% GDP growth next year. Bank Indonesia has over £81 billion in foreign exchange reserves and the rupiah is no longer pegged to the dollar. Indonesia’s banks are much healthier, better capitalised, issue higher quality loans and are not over-leveraged.

The session featured a discussion on how British innovation could be used to help the economy recover. The discussion also covered finance, education, healthcare, technology, tourism and other sectors as well as trade policy issues. The UK and Indonesia have started work on a Joint Trade Review that aims to increase bilateral trade. UK – Indonesia total trade was worth £2.9 billion in 2019.

To contribute to the Joint Trade Review, the Department for International Trade (DIT) are seeking business responses to a survey to further understanding of market access barriers and opportunities in the Indonesian market. To take part in the survey, click here.

DIT has published a number of Indonesian sector guides which can be found here.

In Indonesia, Will COVID-19 Trigger Another Asian Financial Crisis?. The Diplomat

Indonesia Government and institution measures in response to COVID-19. KPMG