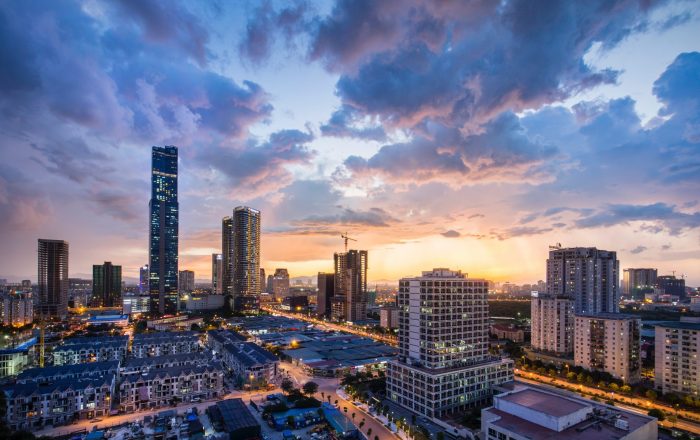 The Foreign Secretary, Jeremy Hunt agreed a joint statement with the Vietnamese Deputy Prime Minister, Pham Binh Minh during his visit to the UK.

As part of events to welcome the 45th anniversary of diplomatic relations between the UK and Vietnam, His Excellency Deputy Prime Minister and Foreign Minister Pham Binh Minh paid an official visit to the UK from 9 – 10 October 2018.

The Deputy Prime Minister had official talks with Foreign Secretary Jeremy Hunt, Chancellor of the Duchy of Lancaster, David Lidington, Secretary of State for International Trade, Dr Liam Fox and paid courtesy calls on HRH the Duke of York, Prince Andrew, and Speaker of the House of Lords, Lord Fowler.

During the visit, he also attended the UK-Vietnam Economic Forum and met some major UK companies.

On the occasion of the Deputy Prime Minister’s visit, the UK and Vietnam note the growing importance of collaboration in the UN, on peacekeeping, global security, international law and the illegal wildlife trade. They highly appreciate and welcome the transition of the provision of the UN Level 2 Hospital in South Sudan from UK to Vietnamese peacekeepers, and a commitment to exchange expertise in peacekeeping-related military engineering.

The UK and Vietnam are strong advocates of free trade in Europe and Asia and actively promote the early signing of the EU – Vietnam Free Trade agreement (EVFTA) in 2018. The UK and Vietnam look forward to maintaining smooth trade relations as the UK leaves the EU, including through ensuring continuity for business by transitioning the prospective EU Vietnam Free Trade agreement during the Brexit transition. Both sides also agree to consult further on the prospects of the UK joining the CPTPP.

Both sides acknowledge the key role of education in the relationship including our strengthened science partnership on research, innovation and antimicrobial resistance. In pursuit of these goals, the Decision establishing the educational and cultural status of the British Council in Vietnam has been renewed. They also emphasise the importance of enhancing cooperation on bilateral cultural diplomacy so as to help strengthen the Strategic Partnership between the two countries.

Both sides reiterate their commitment to the UN sanctions regime to encourage DPRK to take steps to denuclearise fully and verifiably. They reinforce the importance of maintaining the ban on the use of chemical weapons globally. They agree that adherence to international law is the foundation for peace and stability and renew their commitment to upholding existing Arbitrations and to freedom of navigation and overflight. They hold the view that countries should resolve all disputes by peaceful means, in accordance with international law and through existing legal mechanisms.

Both sides express their support for the 2018 London Conference on IWT and agree on the importance of efforts to combat the illegal wildlife trade.

Both sides look forward to a deeper and closer relationship between the UK and ASEAN after the UK leaves the EU. They welcome further UK funding for expertise exchanges with Vietnam on anti-corruption, culture, health, civil service capacity building and reform, infrastructure, smart cities and low carbon, maritime security, peaceful settlement of international disputes.

The UK and Vietnam have a mutual commitment to regular Ministerial visits to both countries. They agree that the next round of the Strategic Dialogue between the two countries should take place in early 2019.