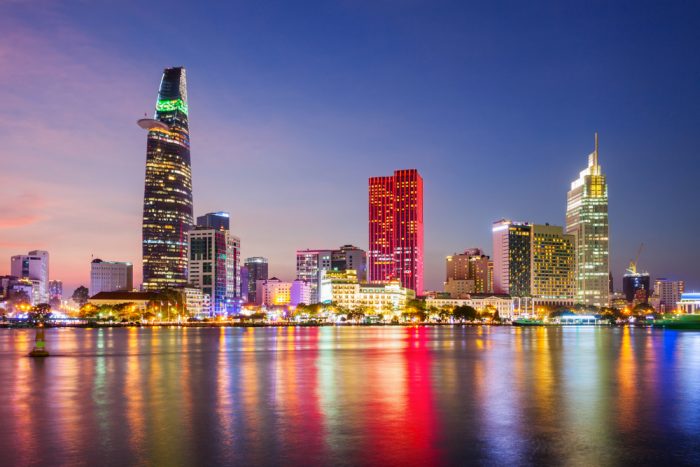 COP26 President-Designate Alok Sharma congratulated Viet Nam’s action on climate change but urged the country to go further on phasing out coal and accelerating the move to clean energy during a visit to Hanoi on 28-29 May.

COP26 President-Designate Alok Sharma congratulated Viet Nam’s action on climate change but urged the country to go further on phasing out coal and accelerating the move to clean energy during a visit to Hanoi on 28-29 May.

Mr Sharma met with Viet Nam’s Prime Minister Pham Minh Chinh, government ministers, businesses and youth and civil society groups to welcome the progress the country has made on climate action so far, and discuss what support is needed to go further.

“It was a privilege to speak with ministers, businesses and youth groups about Viet Nam’s progress in combating the effects of climate change.

“Viet Nam is one of the world’s most vulnerable countries to climate change but it can also be a global leader in the transition to clean energy, by phasing out coal and ramping up renewables, particularly wind and solar power.

“To keep the goal of limiting global temperature rises to 1.5C, I encourage Viet Nam – and indeed all countries – to submit a more ambitious emissions reduction target ahead of COP26.”

The talks highlighted the importance for all countries to make ambitious climate pledges ahead of COP26. They also underlined the potential Viet Nam has to ramp up its renewable energy, using the UK’s success in wind power as an example of how it is possible.

Meeting virtually with businesses in Viet Nam, Mr. Sharma underlined the need for the business community’s leadership in the climate change agenda and called for participation in the Race to Zero campaign ahead of November.

In a keynote speech to young Viet Namese climate activists, the COP26 President-Designate said that the impact of decisions we make today on future generations and stressed that it is vital that youths have a voice and are able to contribute ahead of COP26.

Mr. Sharma’s visit to Viet Nam is the first of a regional visit, including Indonesia and Bangladesh, where the COP26 President-Designate hopes to further garner support and ambitious commitments ahead of Glasgow’s event this November.