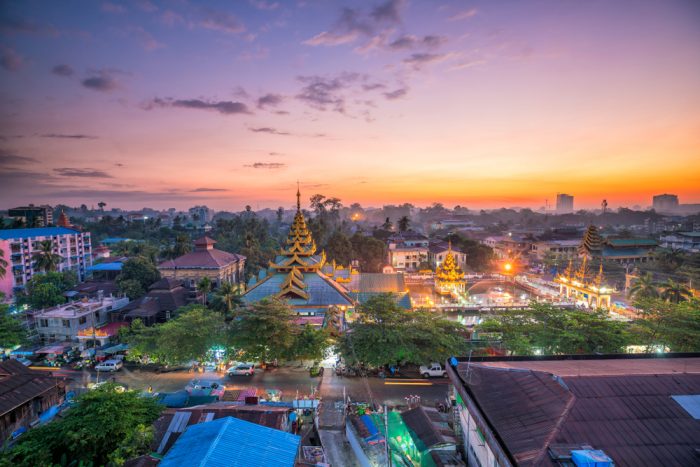 The Foreign Secretary, Dominic Raab, announced further sanctions today (Thursday 25 February) against military members of Myanmar’s State Administration Council, including the Commander in Chief, for their role in overseeing human rights violations since the coup.

The UK will enforce sanctions immediately against 6 military members of the State Administration Council for their responsibility for serious human rights violations.

The measures will stop those individuals from travelling to the United Kingdom, and will prevent businesses and institutions from dealing with their funds or economic resources in this country.

The UK has now designated all military members of the State Administration Council, which was established following the coup to run the functions of state.

“Today’s package of measures sends a clear message to the military regime in Myanmar that those responsible for human rights violations will be held to account, and the authorities must hand back control to a government elected by the people of Myanmar.”

“My message to the people of Myanmar is simple – the UK is working closely with our international partners to support your right to democracy and freedom of expression.”

These new sanctions follow last week’s listing of 3 individuals from Myanmar’s military. Those sanctions focused on those directly responsible for human rights violations committed by the police and military during the coup in Myanmar.

The second tranche of sanctions is targeting the State Administration Council, which was set up following the coup to exercise the functions of state. The Commander in Chief, as Chair of the SAC and Head of the Tatmadaw (military), is being sanctioned for his involvement in overseeing and directing serious human rights violations since the coup on 1 February.

The 5 other military figures are members of the State Administration Council which was appointed by the Commander in Chief following the coup, and so share responsibility for the violations.

The UK will impose sanctions on:

In conjunction with the work on sanctions, the UK will be temporarily suspending all promotion of trade with Myanmar while we work with British businesses and civil society to reshape our approach to trade.

The Department for International Trade will lead on work to ensure that UK companies in Myanmar are not trading with military-owned businesses, while protecting the important role that trade plays in poverty reduction and economic development.

The Trade Review follows the UK’s suspension of all aid that could be indirectly used to support the military-led government. The UK government has put in place measures to ensure that aid reaches only the poorest and most vulnerable in Myanmar.

The UK has led a strong, coordinated international response to support the Myanmar people and put pressure on the military. This includes:

The G7 statement on Tuesday 23 February called again for the immediate and unconditional release of those detained arbitrarily, including State Counsellor Aung San Suu Kyi and President Win Myint and made clear all G7 members will stand with the people of Myanmar in their quest for democracy and freedom.