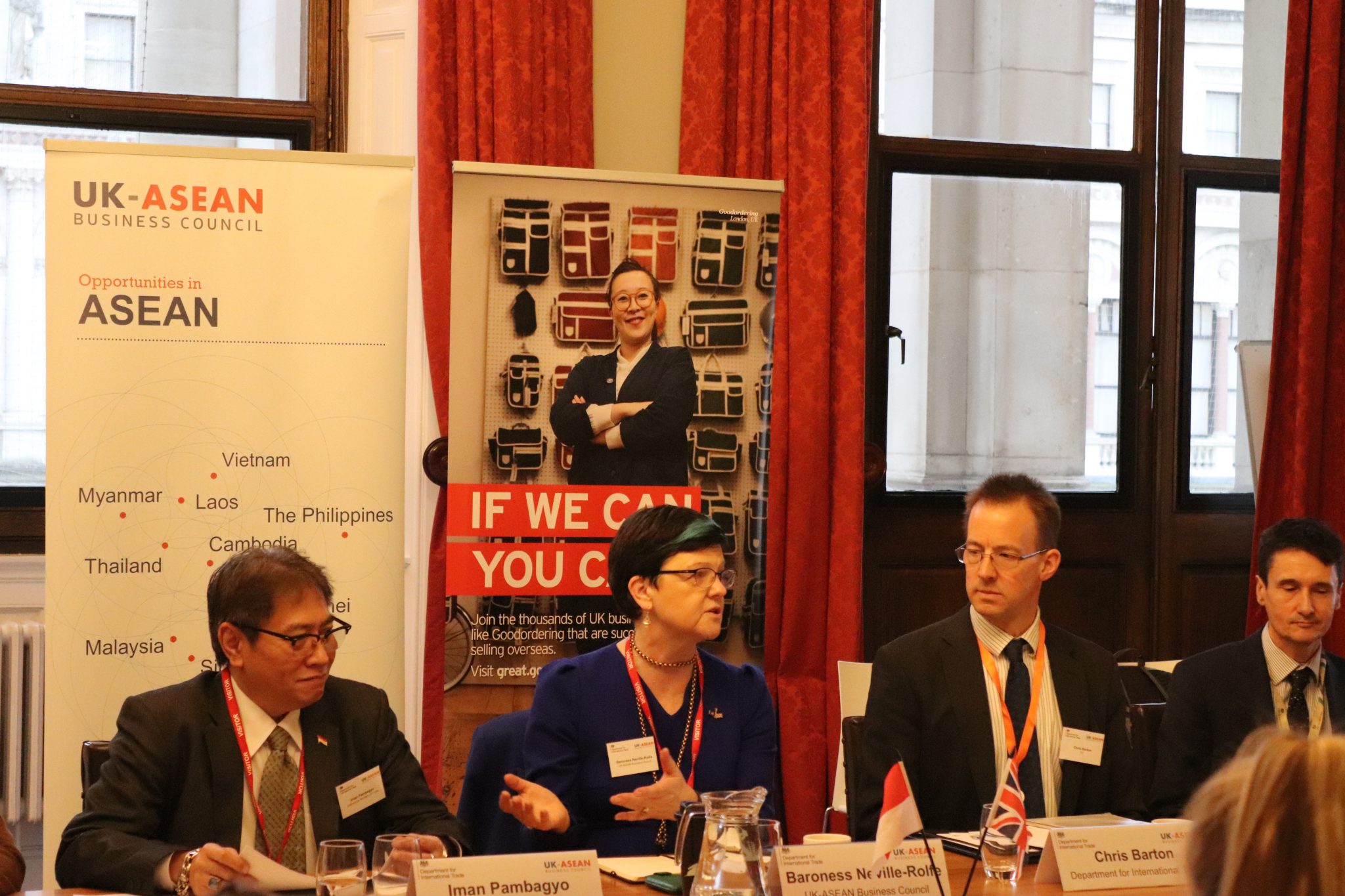 Mr Pambagyo provided an overview of the Indonesian economy highlighting the trillion dollar economy has enjoyed GDP growth consistently above 5 per cent since 2006 and currently ranks 73rd in the ease of doing business. In ASEAN, Indonesia will be the largest country with the largest middle class in the near future.

In his new term, President Jokowi outlined two focus areas, firstly human resource development. To help achieve this, Indonesia are looking for partners with expertise in technical and vocational education and training (TVET). Indonesia are inviting universities from Australia, through the recently signed FTA arrangement, to invest into Indonesia and provide skills development programmes.

The other area of focus is on infrastructure development. President Jokowi aspires to move the capital from Jakarta to Kalimantan on the island of Borneo and there will be an opportunity for partners to be part of this process as well as the existing infrastructure needs of the country.

To support these two areas and grow trade and investment broadly, the Indonesian government is looking at the simplification of regulation and the reduction of red tape. Indonesia’s economy has been heavily regulated and in the next few weeks an omnibus law will be introduced to cut out a significant amount of red tape. For example the Bill will include revised labour laws to reduce the rigidity in employment. Indonesia is also focusing on the simplification of its bureaucracy.

In terms of trade policies, the focus is on:

Mr Barton shared the areas of focus DIT’s Trade Policy team have been working on. One of the key priorities has been to ensure the continuity of trade arrangements and making sure the UK establishes a base line in terms of trade with the rest of the world through the WTO.  Over £110 billion worth of trade in about 20 trade agreements worldwide has been secured.

Another area has been preparing to be trade policy operators which has required an increase in staff and capability. This also includes setting up new institutions such as the independent Trade Remedies Authority. DIT has also established a Trade Remedies Investigation Directorate. Most importantly, they have developed a strategy for what DIT wants to achieve in trade policy across a range of issues. Trade is more than tariffs and includes services, procurement, investment and sustainability.

There are other mechanisms apart from FTAs and DIT will be exploring all options to enhance market access for UK companies.

He further noted that the UK will always be interested in expanding trade between the UK and Indonesia. There is already significant trade between the UK and Indonesia of £2.8 billion but it is a fraction of the potential. The Joint Trade Review is the beginning of a discussion on how to increase trade and investment between the two countries. Mr Barton also noted that it is very important to also recognise the areas of potential to work together and collaborate beyond the bilateral space for example at the G20 and WTO.

Mr Barton was keen to receive advice and intelligence from the private sector on the barriers facing UK companies and opportunities where government can help. He highlighted that in September, DIT launched a digital market access tool which allows business to feed directly into DIT on market access issues anywhere in the world.

The discussion covered a range of topics including education, the recognition of common standards, energy and the importance of services to name a few. When Baroness Neville-Rolfe asked Mr. Iman Pambagyo what he wanted to get out of the roundtable he said, “an understanding of what will make it easier to trade with Indonesia.”

Mr Pambagyo was equally keen to better understand what will make it easier for UK companies to trade with Indonesia. He cited that education is a priority area for the government, in particular higher education. There is a recognition Indonesia needs to amend the existing laws to allow more education investors to come to Indonesia.

Indonesia’s national energy policy outlines its energy strategy for the future and its alignment with the Sustainable Development Goals. They are looking at alternative green energy in the form of wind turbines and to a lesser extent solar. Nuclear is not under consideration due to Indonesia being on the ring of fire (except for Kalimantan). Palm oil is also being used for bio diesel fuel and its use is expected to grow.

Electric cars are a growing area of focus, with investments from Korea. Hyundai are investing £1.17 billion in an electrical vehicle plant in Indonesia.

The recently concluded Indonesia-Korea Comprehensive Economic Partnership Agreement also included hydrogen based energy supply, a key area Indonesia would like to develop with Korea. Hydrogen could be a key aspect to ASEAN’s green future.

Mr Iman Pambagyo noted that there is a Indonesia Services Dialogue that aims to promote services made up of key stakeholders. This platform could be used for UK service providers to contribute to and be part of the discussion on the growth of the services sector. Services in Indonesia is increasingly important and its role in the economy will only grow.

The Joint Trade Review meeting held on 09 December 2019 was the first of four formal meetings planned. The aim is to complete the agreement by September 2020 which will be a jointly authored agreement with recommendations going forward.

The Roundtable was organised by UKABC for its partners and invited guests that included trade associations and industry groups. For more information on partnership please contact ken.wells@ukabc.org.uk.

Mr Iman Pambagyo is Director General of International Trade Negotiations in the Indonesian Ministry of Trade. Currently the Chairman of the Trade Negotiating Committee of the Regional Comprehensive Economic Partnership (RCEP) and Chief Negotiator for the Indonesia-EU Comprehensive Economic Partnership Agreement, he was also the ASEAN Senior Economic Officials Meeting (SEOM) Leader for Indonesia from 2007 to 2014.

Mr Barton is Director for Bilateral Trade Relations in DIT. He oversees the non-negotiation aspects of Trade Policy Group and has 9 regional teams, aligned with the 9 Her Majesty’s Trade Commissioners. He has previously held a range of positions across government, including Director of Trade Policy & Export Control in BIS from 2013-2016, as well as a range of positions in DECC. Chris Barton worked in UKRep in Brussels from 2003-2006.

For more pictures see the album in our Flickr page here. 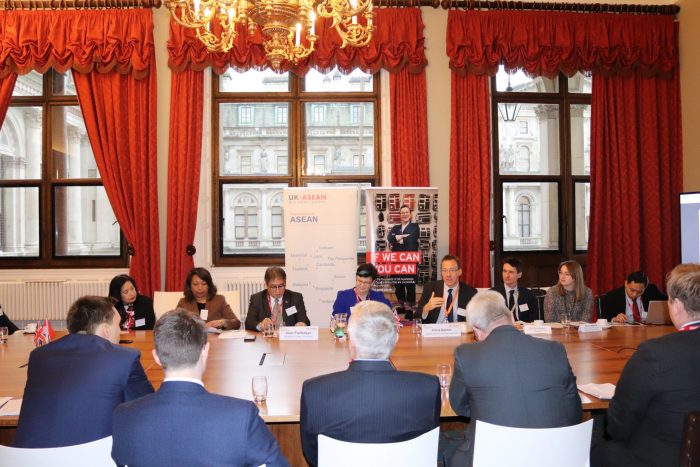 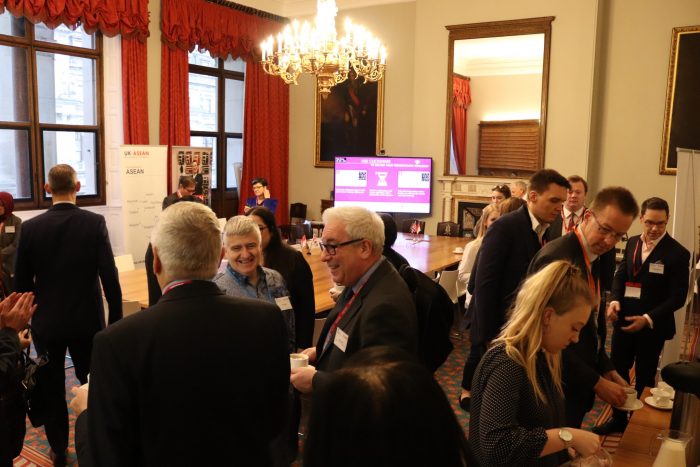 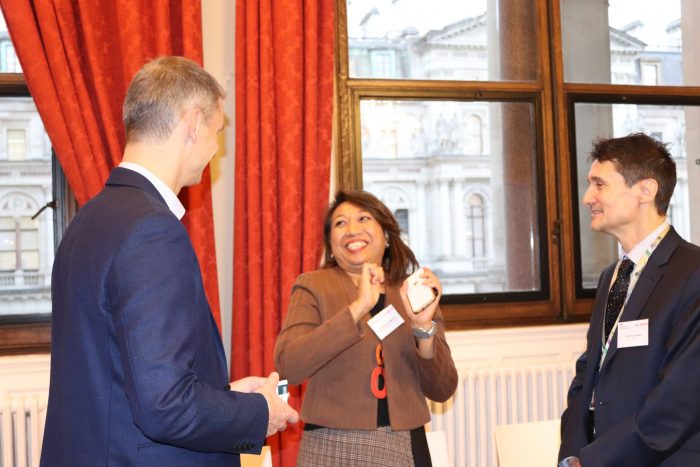 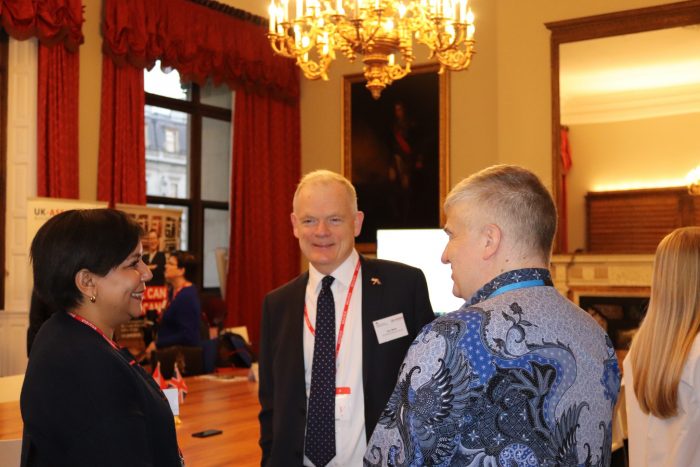 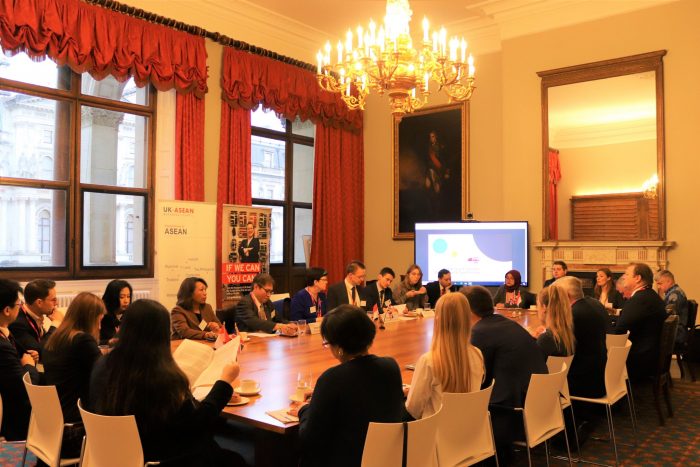 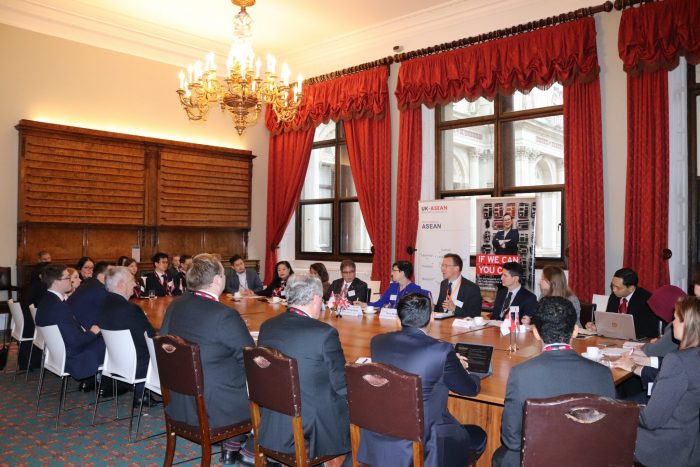 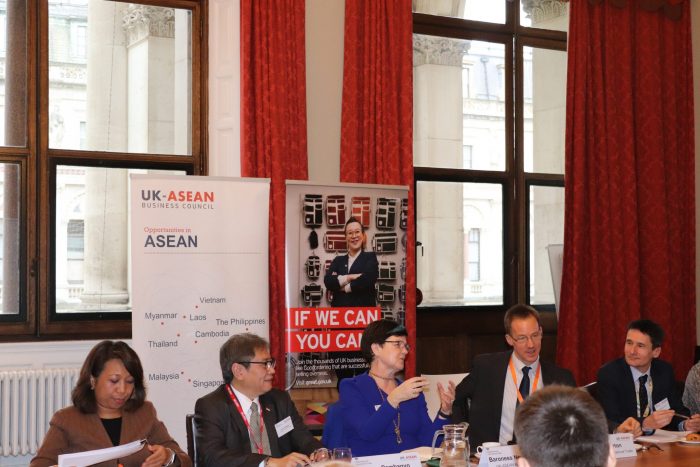 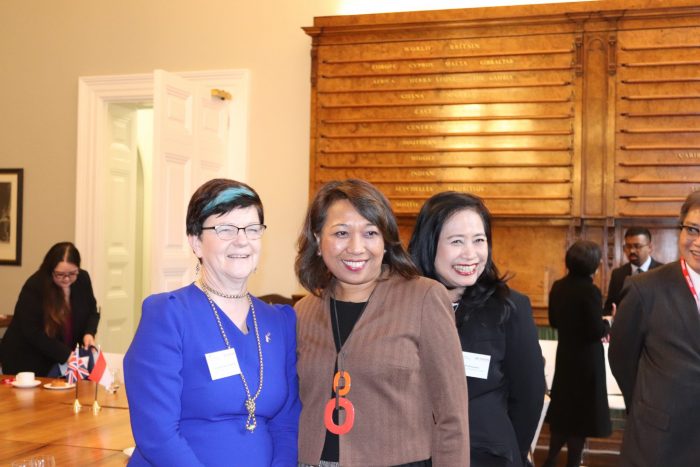 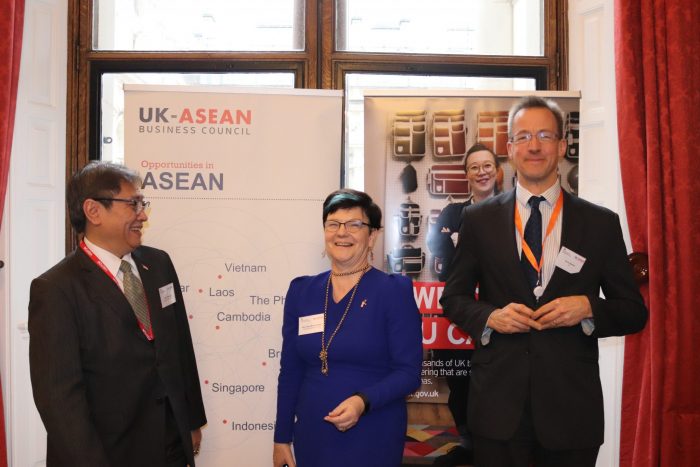