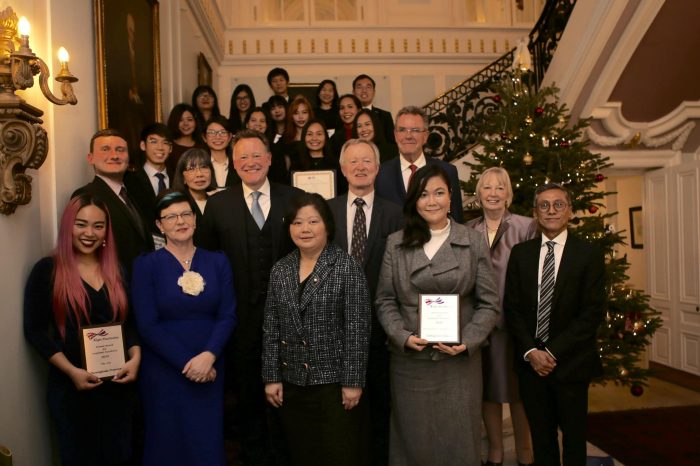 This year’s ATS Educational Awards and Reception was held in the ornate surroundings of London’s Oriental Club. The evening proved to be an extremely memorable one with a record number of talented student award winners, several of whom were accompanied by their PhD supervisors. 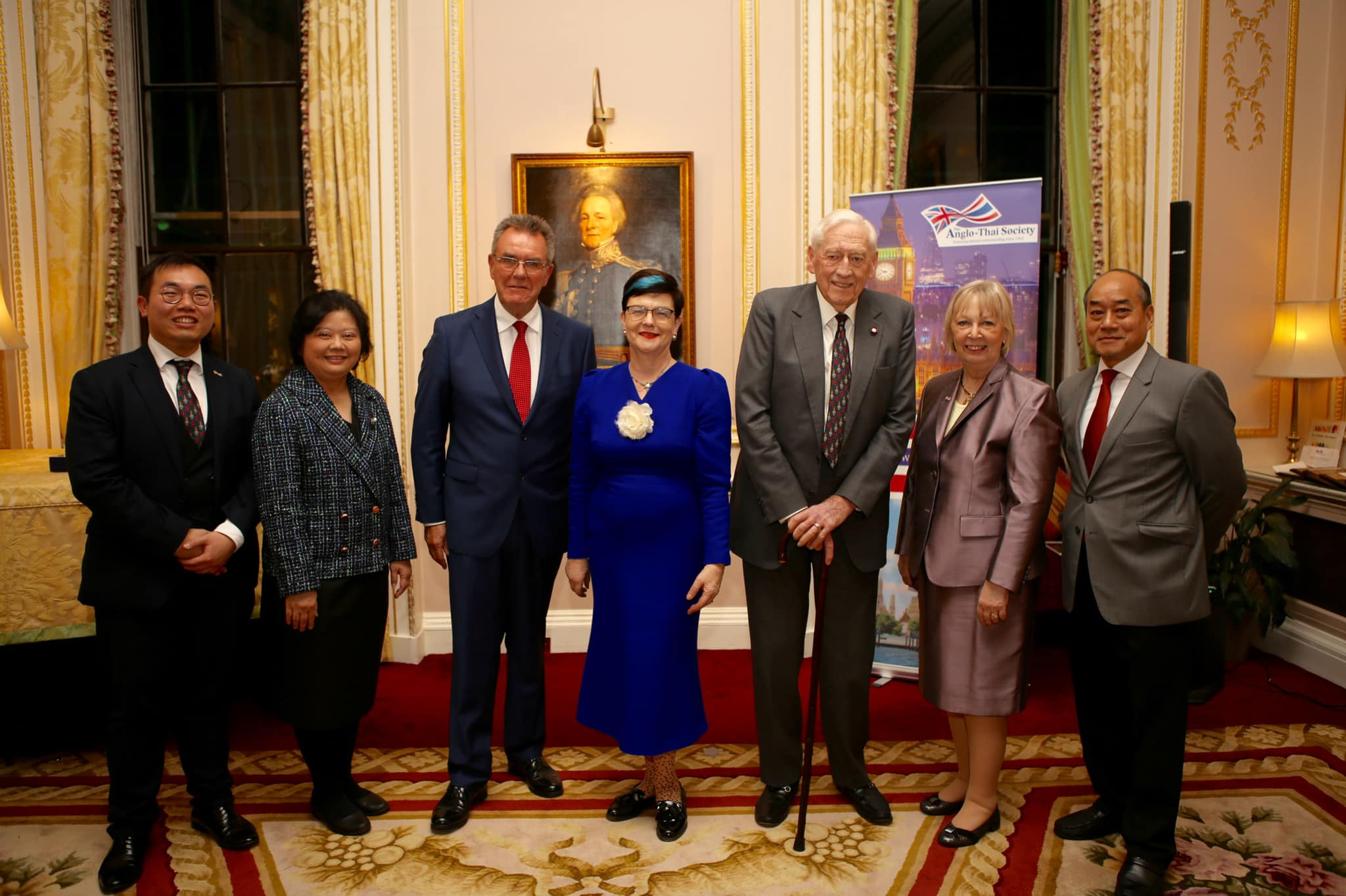 The aim of the Awards is to recognise the exceptional academic achievements of Thai post-graduate students in the UK and is strongly supported by the Royal Thai Embassy.  In her speech, Ms Vatcharaporn Ratanayanont (Minister for Education, Royal Thai Embassy), commended the Anglo-Thai Society on this unique and inspiring initiative.  She also praised the prize winners for their achievements and emphasised the importance of their research to the future development and prosperity of the Thai nation. 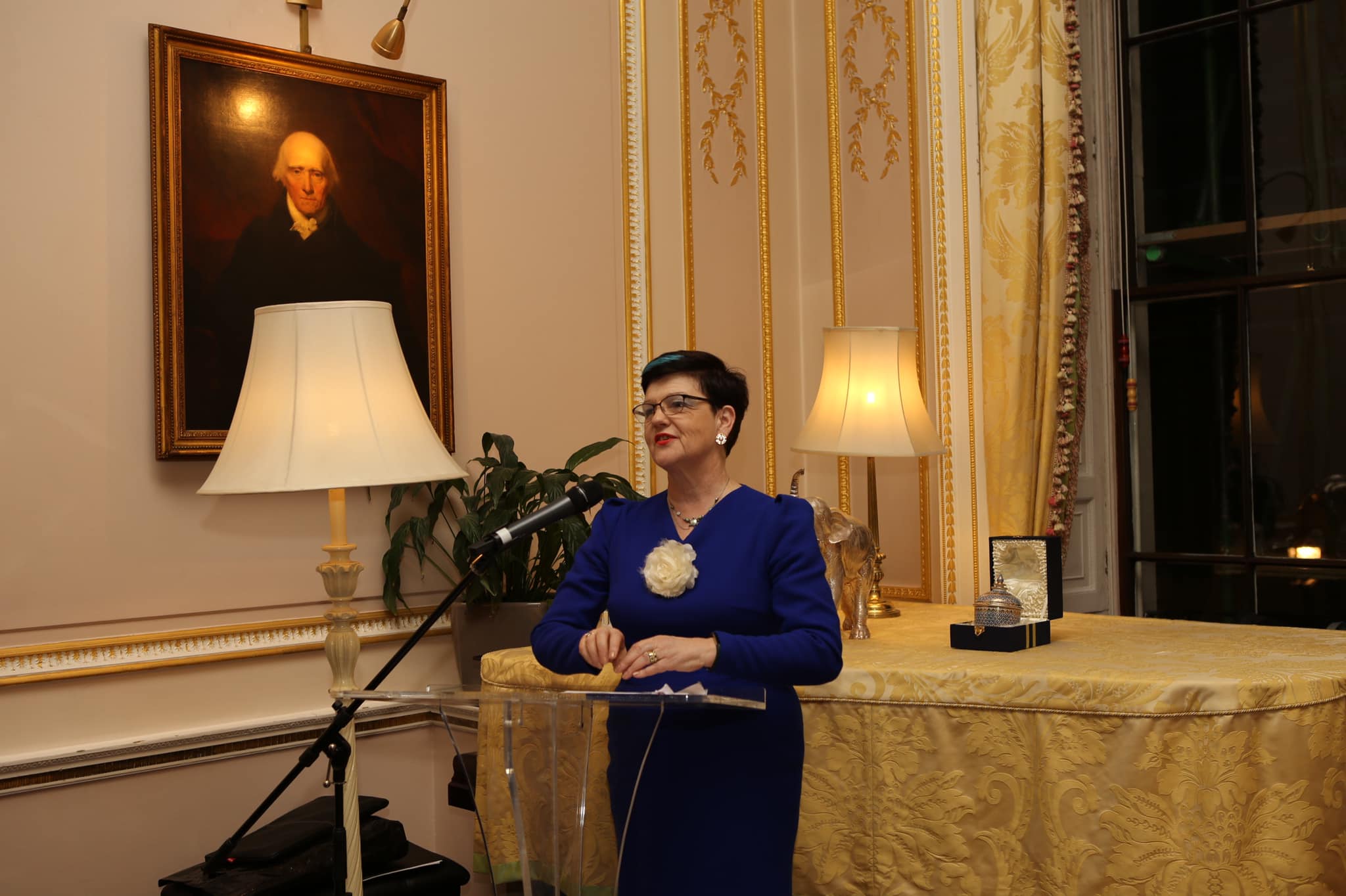 A highlight of the evening was the keynote speech by Baroness Lucy Neville-Rolfe DBE CMG who spoke of her experiences in Thailand and her love of the country.  She has just taken up her role as Chair of the UK-ASEAN Business Council (UKABC) and spoke of the ASEAN Summit she recently attended and which was hosted by Thailand, currently Chair of ASEAN.

Another highlight of the evening was the superb aria sung by The Arts category winner, Miss Fueanglada Prawang from Bangor University whose superb rendition of an aria from La Boheme brought the audience to their feet for a standing ovation.

The Awards continue to attract prestigious sponsors who wish to be associated with an event which recognises the tremendous wealth of talent of Thai students in the UK.  Sponsorship for the Awards is most welcome from individuals, societies and companies. For information on how to sponsor an Award, please contact Mr Steve Buckley at steve.buckley@ocs-group.com