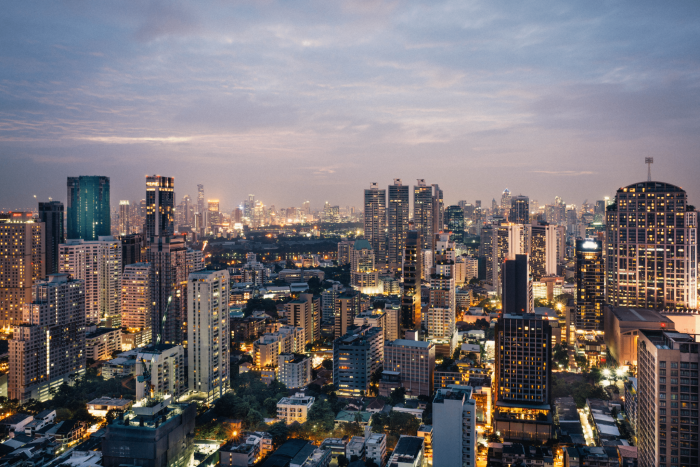 Increasing levels of private consumption and investment, backed by the government’s infrastructure programmes, helped Thailand’s economy expand in 2018, although a decline in external demand and lower tourism receipts are expected to dampen full-year growth.

After a strong start to the year, which saw the economy expand by 4.9% and 4.6% year-on-year (y-o-y) in the first and second quarters, respectively, growth moderated to 3.3% in the third quarter, according to November figures from the National Economic and Social Development Board (NESDB).

Seasonally adjusted, the third quarter showed no increase from the second, a consequence of contractions in export and tourism figures.

The muted performance caused the NESDB in mid-November to place its projection for full-year growth at the lower end of the 4.2% to 4.7% window it put forth in August 2018 – an estimation that still surpasses the 3.9% rate in 2017.

Private consumption and investment levels on the rise

The expansion in 2018 was underpinned by an acceleration in domestic demand and rising levels of investment.

Private consumption expenditure grew by 3.7% and 4.5% in the first and second quarters, respectively, before accelerating to 5% in the third despite concerns that high levels of household debt – which stood at 77.6% of GDP in March – would moderate spending into 2019.

Meanwhile, the continued rollout of public infrastructure projects, particularly in the transport sector, saw investment levels accelerate during the year, and supported a recovery in the construction industry.

Gross fixed capital formation (GFCF) is projected to have expanded by 3.6% in 2018, with the figure tipped to accelerate to 5.6% in 2019 in line with the continued rollout of public projects, significantly above the 0.9% growth recorded in 2017. GFCF through the first three quarters of 2018 averaged 4.4% for the public sector and 3.4% for the private sector.

A decline in exports and tourism dampens growth

The higher levels of consumption and investment helped offset the negative effects of a slowdown in tourism and other external sectors in the latter part of 2018.

Growth in the hotels and restaurants sector slowed from 12.8% and 9.4% in the first and second quarters to 6.5% in the third, due to a decline in arrivals and tourism receipts from key source markets.

Visitors from China – who make up 27.7% of international arrivals – contracted by 9.5% in July-September, after the capsizing of two tourist boats near the island of Phuket in July 2018 resulted in the deaths of nearly 50 Chinese tourists. This, coupled with lower numbers of Russian and European tourists due to the 2018 FIFA World Cup in Russia, led to a deceleration of growth in foreign tourism receipts from 13.7% in the second quarter to 0.5% in the third, according to the NESDB.

Exports were also affected in the third quarter due in part to protectionist trade measures taken by the US and China, along with a slowdown in other key markets. The value of exports in US dollar terms rose by just 2.6% in July-September, compared to 12.3% and 9.9% in the first and second quarters, respectively, according to the NESDB.

In the third quarter, Thai exports to China decreased for the first time in eight quarters, at a rate of 2.8%, while exports to the US contracted by 0.01% after recording average growth of 8.23% since the beginning of 2017. Growth in the export value of agricultural goods was particularly low in the third quarter of 2018, at 1.3% y-o-y compared to 28.9% in 2017, largely as a result of a 17% decline in rubber exports to China.

Measures aim to boost tourism in 2019

Despite the headwinds, the NESDB expects the Thai economy in 2019 to expand by 3.5-4.5%, supported by continued growth in private consumption, as well as an increase in public and private investment.

The Thai economy is also expected to be bolstered by an improved performance from the tourism industry in 2019, following several measures taken by the government to recapture key markets, including improving safety measures and a promotional partnership with Chinese company Alibaba.

In addition to campaigns aimed at recovering Chinese tourists, the Cabinet announced in November 2018 that the BT2000 ($61.80) visa-on-arrival fee would be waived for visitors from 20 countries, including China, for a period of 60 days starting November 15, 2018.

“The Chinese market is not causing the [tourism] crisis. We can’t rely too much on a specific market to make this sector sustainable,” Weerasak Kowsurat, minister of tourism and sports, told OBG. “We are focusing on spreading out and attracting passport holders from many destinations.”

To view the original article from Oxford Business Group, please click the links below.