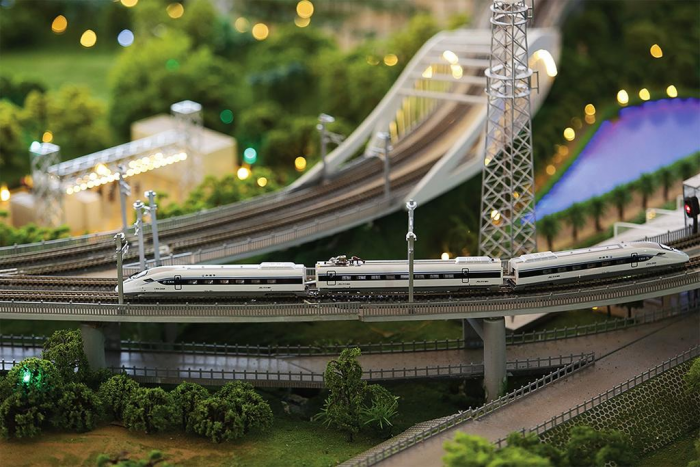 Bangkok residents may find it hard to imagine that their next trip to Beijing could begin in Bang Sue.

The district, which has garnered less fame than its neighbour, Chatuchak, the city’s hub for travel to the North, is set to become part of the “Trans-ASEAN Line” – the government’s ambitious plan to build a rail network linking Thailand to other countries as far away as Singapore and China.

“Thais will be able to take high-speed trains to the Chinese capital and Singapore from a railway station in Bang Sue in the future,” said Deputy Transport Minister Pailin Chuchottaworn.

That will be possible once the construction of four routes for Shinkansen, or bullet trains, is completed.

High-Speed Railways in the Pipeline

Under the state’s plan to make Thailand the logistics hub of ASEAN, officials have agreed that high-speed trains will be at the heart of the country’s much-needed new infrastructure system. It will be the first time that Thailand will have such a modern transport network, which will cover 3,193 kilometres at a cost of about 2.07 trillion baht (S$91.4 billion).

The rail route will link Bang Sue with Chiang Mai in the North, Laos in the Northeast, Cambodia in the East and Malaysia in the South.

But this plan isn’t just on paper. The government has already begun the construction of some routes and will “keep calling bids” for the project, Mr Pailin said.

The routes will make transport more convenient and are expected to drive the national economy forward in the long term, he said.

Faster Trips to Laos and China

The first route, a Thai-Sino project linking Bangkok and Nong Khai in the far Northeast, is now under construction and is scheduled to be completed by 2023.

The line, which will cover 608km, will serve as the main transport system to Laos, which is next to Nong Khai. From the borderline, another rail route will take passengers to the Lao capital of Vientiane, and the last leg will take travellers to Mohan, a border town in China’s southern province.

A 414 km link between Vientiane and Mohan is now 55 per cent complete, according to a Lao official who asked not to be named. The Lao government is also in the process of building another rail section connecting its capital with Nong Khai.

“This is a project to transform us from a landlocked to a land-linked country,” the official said. Currently, people have to spend up to two days travelling from Vientiane to Mohan, but with high-speed trains, travellers will “only need three hours”, he said.

Like Thailand, Laos intends to use this international route to help boost its economy. The official expected this line will draw between 10 and 20 million Chinese tourists to the country each year.

The line will also benefit Thailand economically as Thai authorities are planning to link Nong Khai with the Eastern Economic Corridor (EEC), the state’s much-touted project to make the East an industrial hub for modern and smart production.

The province, together with Rayong and Chachoengsao, make the Eastern Economic Corridor zone, which covers 30,000 rai of land.

Mr Ratthaphum Parichatpricha, the chief engineer at the Engineering Institute of Thailand, said ASEAN can change from a user to a developer of the [high-speed rail] technology if the bloc continues to support rail transport and the related businesses.

The government is preparing a new agreement on railway industry standards with Malaysia, Vietnam and Indonesia, as they are also spending a huge amount of money building various modes of train transport, from high-speed systems to subways, he said.

These countries are currently able to manufacture some railway-related products, but a lack of standardisation makes them unable to export the products globally like Japan, Germany and China. An agreement can also reduce the overall costs of railway construction and maintenance, he said.

For commuters, nothing will be better than faster and more convenient trips from Bangkok to the countryside, and to surrounding countries.

Bang Sue will be the gateway to this new convenience. This is not just a new central railway station, but a “grand station”, expected to be the largest in ASEAN, according to State Railway of Thailand governor Worawut Mala.

The four-storey station will cover an area of 300,000 square metres and is planned to be surrounded by commercial areas.

The station will also be connected with the city’s Blue Line, Airport Rail Link, and rail routes to upcountry provinces.

Ms Aksornsri Phanishsarn, an associate professor at Thammasat University’s Faculty of Economics and director of the Thai-Chinese Strategic Research Centre, said rail projects will elevate Thailand’s presence in the region.

The railway is part of the Belt and Road Initiative of China, she said. It will also increase Thailand’s competitiveness and connectivity with neighbouring countries. The concerns, however, mainly lie in the security of the software and the systems, she said.

Other obstacles are “high con­struction and expropriation costs” that can delay the project, she said. Looking forward, Thailand should also negotiate wisely when deciding to buy Chinese technologies.

“As the project is very important and the cost is very high, the government should carefully negotiate with China and look into the benefits and conditions that will follow. In the long run, we will need to be able to take care of the trains by ourselves without having to depend on China,” she said.