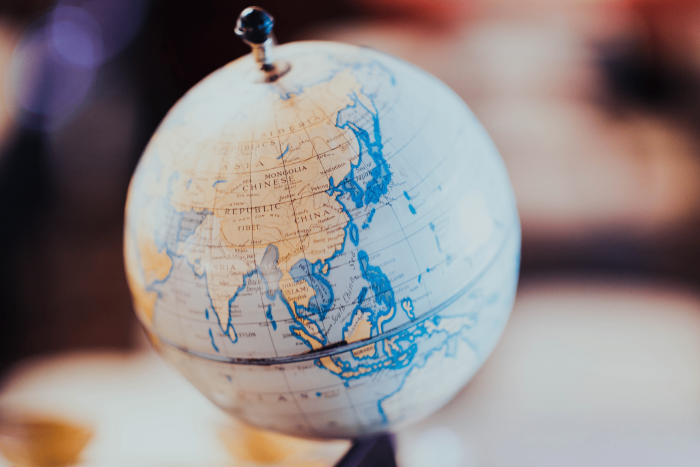 The UK-ASEAN Business Council (UKABC), together with the ASEAN Business Advisory Council (ASEAN BAC), recently co-hosted a webinar entitled Southeast Asia Returns to Work. ACCA supported the event with data from its two recent surveys of global business and finance leaders (The Road to Recovery and Covid-19 global survey: inside business impacts and responses) on how their organisations are impacted by Covid-19.

Baroness Neville-Rolfe opened the webinar commenting that it is more important than ever during these challenging economic times for UK companies to continually develop and strengthen relationships right across the dynamic ASEAN region. She continued by sharing that almost all businesses are facing a ‘new normal’ but from this will come new opportunities. One thing is very clear, the opportunities in Southeast Asia are stronger than ever due to its handling of COVID-19, coupled with its youthful workforce driving ASEAN’s digital transformation.

Also attending was Dr Doan Duy Khuong, Chair, ASEAN BAC, who outlined in his welcome speech the importance of the partnership between UKABC and ASEAN ABC and the need for continued business cooperation between the UK and the ASEAN region.

Dr Khuong said that in addition to providing businesses with practical assistance and support to survive the pandemic, the partnership also acted as a platform for business leaders to think about ways in which to facilitate the trade of goods and services and ‘free the flow of people, trade and investment for the post-pandemic time’.

Jenny Gu, ACCA president and CEO, Richemont China, highlighted responses from the ACCA survey. She also compared some of the key changes that were observed from the recent June survey, which was conducted as a follow-up to the initial one conducted in March 2020.

In relation to the business impact of Covid-19, Gu said that organisations in the SEA region were significantly affected by the pandemic. She noted that whilst cash flow issues ranked highly in both the March and June surveys, liquidity concerns threatened the survival of businesses.

She said: ‘Across the survey, cash flow is where one of the more significant differences was noted. It is a problem that is compounded by the other challenges, namely driving customer purchases as well as a reduction in employee productivity… Businesses have been forced to focus on fixing the short-term day-to-day challenges and are scrambling to maintain liquidity.’

Gu also said that as the pandemic continued, companies were deferring their longer-term strategic investment plans. ‘Businesses deferring investments in productive capacity has doubled from affecting about 20% of businesses in March to 40% in June. This indicates that a protracted pandemic has forced more and more leaders to forgo capital investments and concentrate on survival in the short term.’

He said: ‘Many SMEs are running out of cash, and banks are tightening their credit because they want to see who can make it, and how long they can survive. The way I see it, [survival is really about] who can manage cash flow.’

Concepcion added that this issue resonated particularly strongly in ASEAN, because of the high proportion of Micro, Small and Medium Enterprises (MSMEs), and in particular, retail microbusinesses, who were unable to operate due to various lockdown measures. He also brought attention to the opposing dynamics between the government wanting to prioritise bringing the pandemic under control first versus the private sector who were pressurising the government to speed up reopening.

He said: ‘The private sector has been quite strong that the economy is equally as important. Already, we’ve faced about eight million jobs lost, and that could rise to 10 million at the end of the year.’

Concepcion felt that the current crisis was a health issue and that ‘whoever could control the health situation would stand a better chance of opening up the economy more and going back to normal’. He said that private enterprises in the Philippines are taking proactive steps to contribute towards improving the health situation.

‘The only way to convince the government to open up is to create greater visibility and we need to do this through mass targeted testing. The private sector has been donating test kits to speed up mass testing and we are also helping our local government to test.’

Shinta Kamdani, CEO Sintesa Group and Vice-Chair KADIN Indonesia noted that unemployment is one of the biggest issues facing Indonesia, which has a large informal working sector of about 70m people.

‘Unemployment also relates to those who have no income in the informal sectors… Based on information gathered, we are estimating that there are around six million people who are out of jobs,’ Kamdani said. ‘This number is increasing, despite the fact that we started our new normal at the end of May.’

She added that even though the government had promised some 690 trillion Rupiah in support packages, not all the money was getting to where it needed to be and that ‘more capital was also needed to restart businesses’.

‘Stimulus whether in terms of fiscal or credit relaxation has not really been implemented according to what we want,’ Kamdani said.

She noted that while businesses would need to show increased investment in health and safety matters, on a wider-reaching scale, there would be a permanent change in market behaviour. ‘Ultimately, only businesses that can generate enough capital, and are highly responsive to changes in market demand will be able to create a new form of efficiency required to stay afloat.’

Tony Cripps, CEO, HSBC Singapore, wrapped up the conversation by saying that in many ways the economy was recovering at a rate that was much faster than expected. He attributed this to the pre-planning efforts of central banks and governments that had been preparing, knowing that it would take a huge fiscal response to re-float the economy when the next economic crisis hit.

He said: ‘Even as eight trillion dollars of global demand has disappeared from the global economy, governments have put in almost the same amount in economic stimulus measures. This is why equity markets have recovered, and why credit markets, at the institutional level, are very liquid.’

Nevertheless, Cripps acknowledged that there was still a gap in translating this liquidity into the real economy and that the challenge would be bigger for emerging markets. Sharing some of the measures that had worked for Singapore, he said that access to central bank funding had been relatively successful due to the Singapore government guaranteeing 90% of the credit that was being lent to SMEs.

Commenting on how workforces and companies had adapted to the new normal, Cripps said that a significant area of change would be in the area of telecommuting. ‘I think most large companies [before the pandemic] were pushing towards 15% to 20% remote working, for a whole range of reasons… Now we’ve proven, large companies are capable of operating at 80 to 90% remote working across BCP (Business Continuity Plan) environments with the right technology. I’m certain that [the figure being planned for remote working] is now closer to 25 to 30%, which then does have a big impact on demand for head office space.’

Rounding up the conversation, each of the four-panel speakers had the following to say about the road moving forward:

Tony Cripps about the road to recovery: ‘It is going to be painful. I don’t want to create an impression that there isn’t going to be a huge tail of effect and impact. But I do think that as antiviral drugs become effective, and there’s an understanding of the particular risk segments in the economies, then people will start going back to restaurants and start to leave their homes. I’m fairly certain we’ll see that over the next few months, and hopefully, that feeds through.’

Shinta Kamdani about the need for a collaborative mindset: ‘At the end of the day, it is important for us to understand that in order for us to survive this pandemic, the government, the private sector and civil society need to work together and be united in the fight against COVID.’

Jose Concepcion about the phased reopening of the economy: ‘The way I see it, this is going to take some time. The worst is not over, and we will see more MSMEs affected… Within the ASEAN countries, we are trying to come up with a common protocol that the 10 countries can adopt to strengthen the economy and bring back tourists at least within the region. The first goal of the Philippines is to try and open up the areas within the country so that we can promote local tourism.’

Jenny Gu about the mindsets and attitudes required to overcome Covid-19: ‘It’s about agility – being able to keep on our toes and react to government policies and the overall environment. It’s also about resilience, because, unfortunately, this pandemic will last for some time. Finally, it’s also about expectations; consumers are now behaving differently and have different expectations. So, how ready are we to tap onto new technology and new trends to respond to this new consumer behaviour and help our businesses rebound?’

This piece has been written by Rufus Tan, Journalist