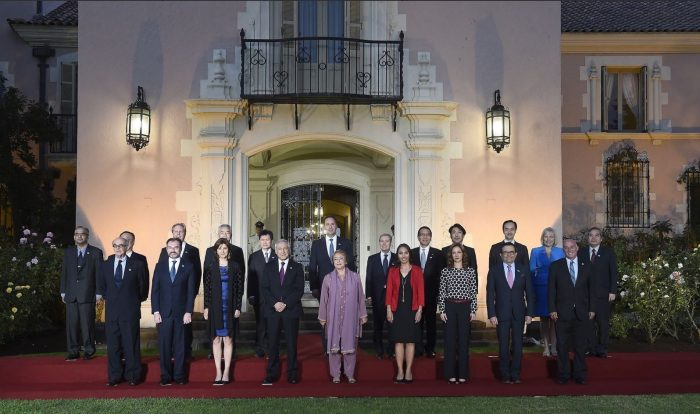 Singapore welcomed a decision made by parties to the Trans-Pacific Partnership (TPP) to continue seeing how they can reap the benefits of the mega trade deal, even as no decision was made on the future of the deal.

US President Donald Trump had signed an executive order in January to withdraw the world’s largest economy from the deal.

On 14-15 March, the remaining 11 members of the TPP met for the first time since Mr. Trump’s order, holding talks on the sidelines of a two-day meeting of 15 countries in Viña Del Mar, Chile.

In a statement issued to the media, Singapore’s Minister of State for Trade and Industry Koh Poh Koon said of the meeting: “Singapore is heartened that parties were committed to sustaining momentum on the TPP, and exploring all available options to preserve the benefits of the TPP, to ultimately harvest the gains in a timely manner.”

The TPP members had issued a joint statement reiterating their support for free trade, but also noted that their meeting in Chile focused on the exchanging of views “on their respective domestic processes regarding TPP” and “on a way forward that would advance economic integration in the Asia-Pacific”.

Senior trade officials will meet and consult in preparation for their respective ministers to meet again in the margins of the APEC meeting of Ministers Responsible for Trade, on May 20-21, the statement noted.