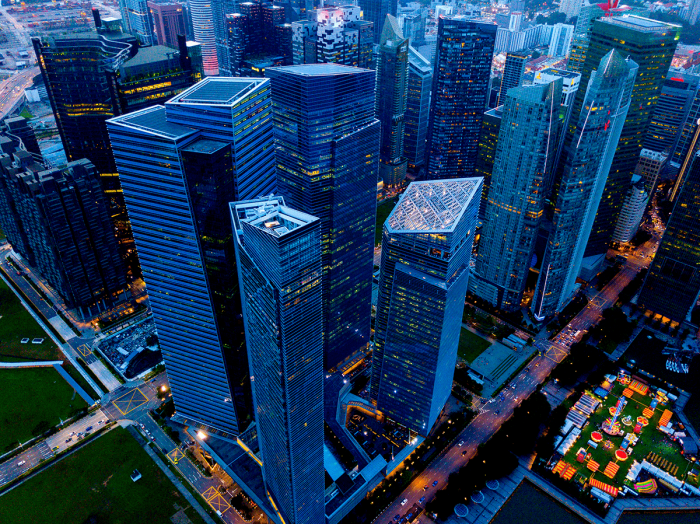 The UK has today secured an agreement in principle with Singapore on a groundbreaking Digital Economy Agreement.

The UK has today (Thursday, December 9) secured an agreement in principle with Singapore for a Digital Economy Agreement (DEA) that will cut costs, slash red tape and pave the way for a new era of trade.

It is the first digitally-focused trade agreement ever signed by a European nation. This comprehensive digital trade deal was agreed in record time by International Trade Secretary Anne-Marie Trevelyan and Singapore Minister-in-charge of Trade Relations S. Iswaran after just six months of negotiations.

The DEA will take our trading relationship with Singapore – worth £16 billion in 2020 – to the next level by overhauling outdated trade rules that affect both goods and services exporters, making it easier for UK businesses to target new opportunities in both Singapore and lucrative Asian markets.

A third of our exports to Singapore are already digitally delivered, including in finance, advertising and engineering, and this deal will create new opportunities to expand digital trade. Services companies will be the big winners, from financial and telecoms giants like Standard Chartered or BT Group to software companies like Wales-based Awen Collective.

The deal will boost a sector that adds £151 billion to the economy and lifts wages, with workers in the digital economy earning around 50% more than the UK average. UK-founded tech unicorns are being created at a rate of almost one a week, and more will now be able to follow in the footsteps of British companies like Revolut, Darktrace and Checkout.com, which are already thriving in Singapore.

Goods exporters will also benefit from streamlining cumbersome border processes. Time-consuming and costly paperwork can be replaced with e-signatures, e-contracts and electronic invoicing with greater confidence.

Singapore is a gateway to the wider Indo-Pacific region and the DEA will support our bid to join Singapore and 10 other nations in the Trans-Pacific Partnership (CPTPP). Membership would mean access to an £8.4 trillion free trade area with vast opportunities for UK business.

This cutting-edge agreement with Singapore links two of the world’s most dynamic hi-tech hubs and plays to our strengths as pioneers in digital trade. Negotiated in just six months, it is the first digital trade deal ever signed by a European nation and will slash red tape, cut costs and support well-paid jobs across the whole UK.

Digital trade is creating a new global economy, but it is still largely governed by old-fashioned rules that pre-date the digital revolution of the past 20 years. We’re using our independent trade policy to strike ground-breaking agreements that update these rules for the digital age and connect UK businesses to the biggest and fastest-growing markets in the world.

The DEA is the latest and most ambitious digital trade win following new agreements with Japan, Australia and New Zealand that all contain advanced digital chapters. Under the UK’s Presidency, G7 countries agreed on ground-breaking Digital Trade Principles in October, which will help to modernise trade and spread the benefits of technology more widely.

The Singapore DEA will overhaul trade rules, so they are tailored to UK business. Wide-ranging benefits include better data flows, stronger cybersecurity and closer links between two hi-tech and services hubs.

It’s extremely promising to see the UK agree its first-ever digital trade deal with Singapore. This deal will help to unlock digital trade and support key industries of the future, driving forward the UK’s global competitiveness, jobs and growth.

Services will underpin the UK’s economic growth and therefore the UK’s Global Britain ambitions. Enabling digital exports in its broadest sense, and importantly the free flow of data, is integral. This agreement is only the starting point for what can be achieved through global collaboration on digital.

We welcome the Digital Economy Agreement with Singapore, which comes at the end of a successful year for the UK’s leadership in this space, with UK-Japan CEPA, agreements in principle with Australia and New Zealand, as well as the G7 Digital Trade Principles.

Given Singapore’s longstanding status as one of the most innovative countries in digital trade policy, this agreement provides a strong platform for meaningful bilateral cooperation on tech and digital, allowing us to build common approaches to emerging issues. This is exciting news for the tech sector and the broader services economy and techUK looks forward to helping bring this agreement to life.

The United Kingdom continues to show its leadership in global trade by becoming the first European country to agree to a Digital Economy Agreement with Singapore. A modern digital trade agreement will help facilitate growth in trade for digital services as well as support digital platforms that make global trade in goods faster, more transparent and secure.

Standard Chartered has financed trade between the United Kingdom and Singapore for over 160 years and we continue to see great potential in strengthening this historic and strategic relationship even further through helping businesses trade using digital technology.