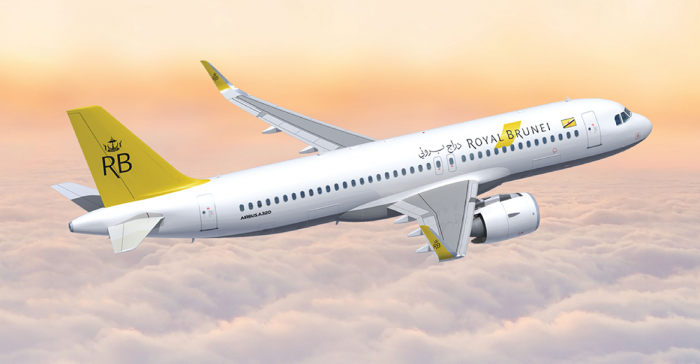 The announcement of RB’s 4-star accreditation was held at the Collaboration Hub, RB Campus. Present as the guest of honour was Yang Mulia Dato Seri Paduka Doctor Haji Abdul Manaf bin Haji Metussin, Deputy Minister of Finance and Economy (Economy), the Acting Minister at the Prime Minister’s Office and Minister of Finance and Economy II, and RB Board Director. RB’s Board of Directors, corporate guests, business partners, travel agents, tour and hotel operators, and staff also attended the event to celebrate the momentous achievement.

“It gives me great pleasure to disclose that the National Carrier of Brunei, Royal Brunei Airlines has been certified with the coveted Skytrax 4-Star Airline rating. This star rating was awarded after every aspect of our services and products were audited by experienced airline Auditors using international benchmarks covering some 900 key assessment items. We are delighted and proud to join an exclusive list of 4-star airlines in the world and one of the smallest who has achieved such global feat.”

“We clearly defined what we stood for and ensure the decisions we take to support our strategy of service focus and enhanced guest experience. We have received a number of key service awards and it is an honour to be now certified with the 4-star Skytrax award. It is also pleasing to note that for Skytrax’s Top 100 airlines in the world yearly ranking we improved to 66th position this year from 95th ranking in 2016. We were named as one of the top 5 most improved airlines and not long ago top 10 most loved airline in the world.”

To read the full press release document, please click the link below.