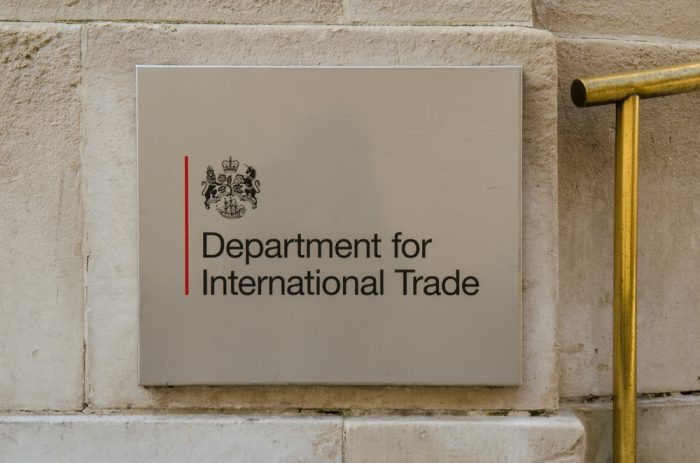 Press Release: CPTPP will be a ‘force for good’ in promoting free trade

A new free trade agreement in the Pacific has come into force on Sunday 30 December and will play a crucial role in promoting free trade.

International Trade Secretary Dr Liam Fox welcomed the introduction of Comprehensive and Progressive Agreement for Trans-Pacific Pacific Partnership (CPTPP), saying that the alliance will be ‘force for good’ in providing economic opportunities for hundreds of millions of people.

The Pacific has been the focus of increased trade tensions and the introduction of protectionist measures, by both China and the US who have a major influence in the region.

CPTPP will eliminate 95% of tariffs on goods trade between 11 countries around the Pacific rim, including Australia, Canada, Japan, Malaysia and Vietnam.

Its members currently account for 13% of global GDP and £95bn worth of the UK’s trade. Many more countries are expected to join the agreement in the future and the UK will potentially join after we leave the European Union.

The UK is considering seeking accession to the agreement and the Department for International Trade is currently analysing responses to its 14-week public consultation on potential accession to CPTPP.

Joining CPTPP would cement our strong economic ties with old friends, like Canada and Japan, as well as establishing new links with some of the world’s fastest-growing economies.

We know from our recent public consultation that UK businesses want to join CPTPP as it would help them to expand into new markets and capitalise on the growing demand for quality British goods and services.

This agreement will also help to promote free trade against a backdrop of heightened tensions in the global trade system. It is in all of our interests to ensure an open and rules-based trading system wins out and that a trade war in the Pacific does not hit British households in the pocket.

DIT’s consultation on CPTPP included 12 events throughout the UK, which confirmed that there is demand from businesses to join CPTPP. It also revealed that there are many businesses that are unaware of the opportunities on offer but would benefit with support from DIT trade advisers.

DIT has already engaged with all 11 members of CPTPP and there is support for UK membership. In October the Japanese Prime Minister Shinzo Abe said that the UK would be welcomed into the agreement ‘with open arms’ and the Australian PM has said ‘the British would be pushing at an open door’.

The agreement is widely recognised as one of the most progressive free trade agreements, with provisions for digital trade, e-commerce, trade in services and protection of intellectual property. It also sets new standards in agreements for sustainability, anti-corruption and improving workers’ rights.

Many British businesses could benefit from the UK’s potential accession to the CPTPP including Dudley-based technology company Simworx who is a world-leading supplier of 4D effects cinemas and motion simulation attractions for entertainment, education and corporate markets worldwide.

The Asia-Pacific is an important market for the company and they have recently secured a contract worth £46 million to provide rides for four major theme parks across China.

Joining CPTPP could make it is easier for Simworx to secure more contracts in rapidly growing Asia-Pacific countries and it could make their services more competitively priced.

As a small and growing business, emerging markets in Asia and Latin America represent excellent opportunities to grow Simworx.

Our products are already sought after in Vietnam and Mexico and that’s helped Simworx treble its turnover and employ over 50 people in the UK.

But businesses like mine face particular barriers when we look to export, particularly import duties, and agreements like the Trans-Pacific Partnership would make it simpler for me to reach new customers.