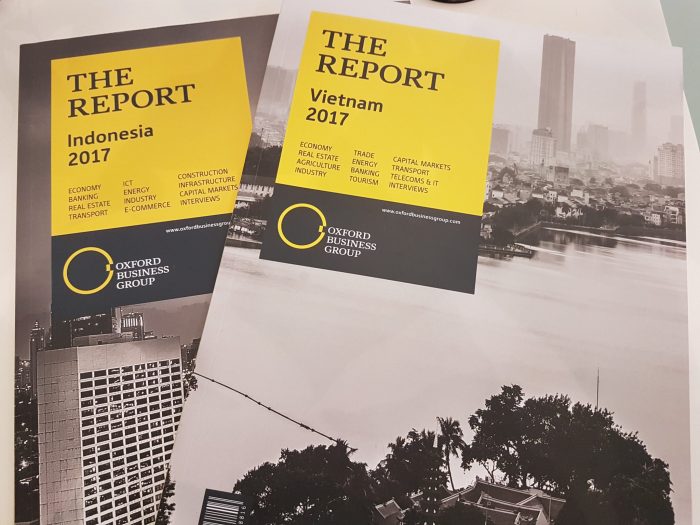 Oxford Business Group Teams up with the UK-ASEAN Business Council

As part of the memorandum of understanding, the UKABC will contribute to several of OBG’s publications, which are known for providing in-depth analysis of the economic developments taking place across emerging markets and the investment opportunities identified within each sector.

Commenting after the signing of the MoU, Ross Hunter, Executive Director, UKABC, said “I’m delighted the UKABC has signed this agreement with OBG. OBG’s economic intelligence is a fantastic tool for the UKABC to use and for UK companies looking at ASEAN’s emerging markets.

All the talk of Brexit has somewhat overshadowed the fact that this is ‘Asia’s Century’. ASEAN is Asia’s 3rd largest economy and pivotal to its continued, sustainable growth. Our role, now supported by OBG’s research and intelligence, is to help UK companies position themselves to be ASEAN’s partner of choice”.

OBG’s Regional Editor for Asia, Patrick Cooke, said he was delighted to be teaming up with the UKABC at a time when investor interest in the region had never been greater.

“With its wealth of natural resources and skilled labour, coupled with a commitment to reducing trade barriers, it’s easy to see why the ASEAN region is expected to exceed global average rates of economic growth for the foreseeable future,” he said.

Cooke added that the UKABC’s role of boosting trade and investment between the UK and ASEAN markets would inevitably take on an added dimension as the Brexit process gains pace and Britain looks to seal free trade deals worldwide.

“As a provider of economic intelligence on emerging markets around the globe, Oxford Business Group has a keen interest in working with organisations that are playing an active part in local and regional trade development,” he said. “I’m thrilled that our team and, in turn, our readers, will benefit from the council’s expertise and position as a driver of change at this critical time in UK-ASEAN trade relations.”