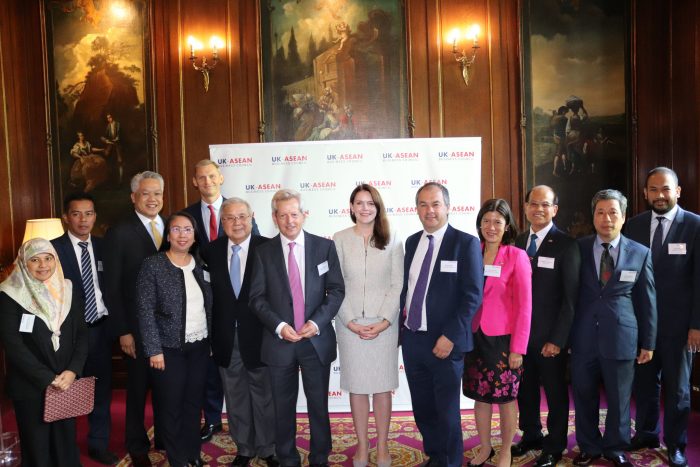 The UK will leave the European Union (EU) in March 2019, and as a result has been looking for opportunities to advance its interests, priorities and ambitions through a new independent trade policy. The fast-growing region of the Asia-Pacific has increased importance and interest, and the UK is seeking continuity of EU agreements with countries in the region, including Japan and the ASEAN countries; looking to enter into new agreements with Australia and New Zealand; and exploring the prospects of joining the Comprehensive and Progressive Trans-Pacific Partnership – Japan has already promised its support for the UK joining the agreement post-Brexit.

Ms Black was named HM Trade Commissioner for Asia Pacific by International Trade Secretary Dr Liam Fox in June 2018, after working at the centre of government as Deputy Head of the Prime Minister’s Policy Unit in 10 Downing Street. She took office on 3rd September. During the briefing, Ms Black outlined the Department for International Trade’s plans to expand in the Asia-Pacific, engage companies on how she can leverage her role to facilitate the growth of trade and investment with the region, as well as hear about their priorities and concerns.

Natalie Black briefed attendees on Thursday 13th September, as part of a series of introductory events for her new role as HM Trade Commissioner for Asia Pacific. She delivered a truly inspiring speech detailing the requirements and expectations of her new role and promising to be very hands-on, constantly on the road (and in the air) travelling to meet her business peers and partners throughout the region, whilst also promising to develop personal relationships and keep in personal contact with those with vested interests in furthering trade within their economies. This will be in order to streamline communications and decision-making capabilities for key trade development and economic growth for both the UK economy and those in Asia Pacific Region.