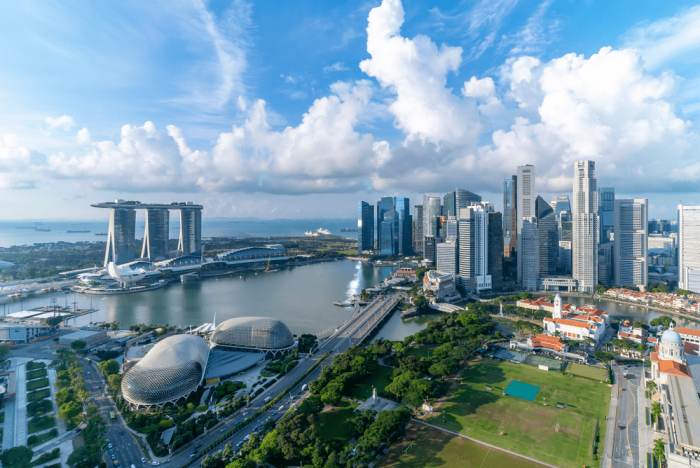 From: Department for International Trade and Lord Grimstone of Boscobel Kt

The UK will mark a major digital trade milestone today [Tuesday], as high-tech companies from around the world gather at London Tech Week.

The new UK-Singapore Digital Economy Agreement comes into force today, deepening ties between Asia and the UK on tech and digital trade.

This means that businesses across the whole of the UK can start taking advantage of the trade agreement, which was signed by the International Trade Secretary in Singapore in February and is the most innovative trade deal agreed anywhere in the world.

This week also marks the arrival of the largest ever delegation from the fast-growing Asia Pacific region to London Tech Week. Over 350 business and industry figures are joining to explore the benefits of expanding into the UK, thanks to our business-friendly environment and expertise, as well as to seek out investment and partnership opportunities across the nation.

The UK tech sector was valued this year at $1trillion (£764bn). According to new research from Tech Nation, the UK is fourth in the world for tech investment at £32.6bn, having achieved a record year in 2021. Tech plays a significant role as a driver for jobs and economic growth up and down the country. Last year, tech vacancies made up 12% of all available jobs in the UK, with just over 50% of these jobs available outside of London and the South East.

“The UK is one of the leading destinations for foreign investment in Europe and the third-highest investment destination in the world.

As we continue to strike trade deals with countries and blocs alike across the world, we are poised to unlock the full potential of the tech businesses who choose to base themselves here, providing a platform for global growth.”

“Our Asia Pacific Digital Trade Network is the first of its type in the world. Working with Tech Nation, it helps UK tech companies realise their potential in this increasingly important region.

In the past two years, we have worked with over 300 businesses on their expansion into the growing Asia Pacific market and I am excited to see the UK tech sector thrive in this region in the years ahead.”

This is the latest demonstration of our Indo-Pacific tilt in action – enhancing ties between the UK and some of the world’s fastest-growing markets.

Later this year the UK hopes to secure accession to join the Comprehensive and Progressive Agreement for Trans-Pacific Partnership (CPTPP) – a trade bloc worth almost £9 trillion, putting the UK at the heart of a dynamic group of countries as the world economy increasingly centres on the Pacific region.

CPTPP greatly benefits the UK as the world’s second-largest services exporter, with advanced provisions that facilitate digital trade, and modern rules on data that will help the UK’s cutting-edge tech sector go global and enable more financial and professional services markets to be opened up.

UK-Japan tech collaboration: The University of Tokyo Edge Capital Partners, Japan’s largest deep tech venture capital fund, is co-leading a major funding round of Oxford Quantum Circuits, finding hi-tech solutions to the world’s most challenging problems. This will be the largest Series A round in the quantum industry in the UK and further underlines the UK’s leadership in quantum computing.

Semi-finalists for the UK Tech Rocketship Awards: The Awards are open to scale-ups founded on innovative technology-led solutions ready for global expansion. The winners of the awards will receive fully-tailored support to aid their expansion in the UK, with market visits, access to tech clusters, venture capital, and the UK’s unique ecosystem of support for ambitious tech companies.

Through its cooperation framework, the agreement provides a strong platform for meaningful bilateral digital regulatory cooperation and creates new opportunities for innovative tech businesses in the areas of fintech, data, cybersecurity and digital identities. techUK is looking forward to working with the government, our members and SGTech to bring this agreement to life.”

“It is great to see so many delegates from Asia Pacific joining London Tech Week. This shows the global attractiveness of the UK’s tech sector.

UK tech companies have raised £12.4 billion in venture capital funding to date in 2022, putting the UK second to the US when it comes to startup investment raised this year, ahead of China, India and France. Asian investors alone have taken part in 60 deals this year investing £2.3 billion. Tech Nation has seen over 1,000 of the UK’s high-growth tech scaleups graduate from our growth programmes, and as part of the UK Government’s Digital Trade Network, we have already supported over 300 of them with expansion and partnership plans in Asia Pacific.”

Chris Southworth, Secretary-General of the International Chamber of Commerce, said:

“The UK-Singapore Digital Economy Agreement is extremely welcome and a game-changer in world trade.

It will allow us to make trade cheaper, faster and simpler, which is vital if we want more small companies to take advantage of international opportunities. It also provides industry with a comprehensive framework to modernise the trading environment and importantly provides space for dynamic, ongoing dialogue allowing trade rules to respond in real-time to new technologies.”