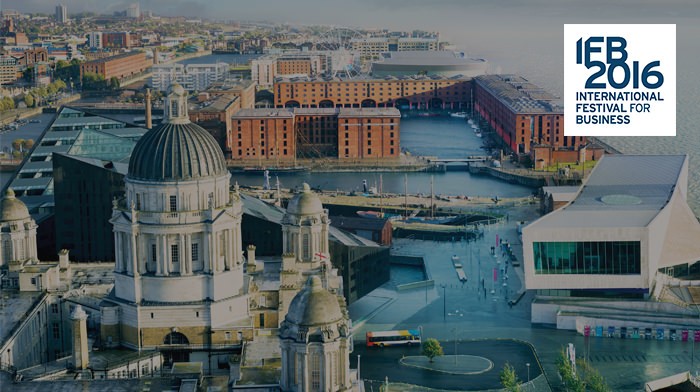 LONDON: The International Festival for Business 2016 (IFB2016) today unveiled BT as a major headline partner at a special event hosted at 11 Downing Street.

The announcement was made during an event hosted by IFB2016 and Chancellor of the Exchequer George Osborne, attended by political and business figures from more than 50 major international markets.

The partnership between BT and IFB2016 builds on the relationship forged when the communications giant supported the hugely successful inaugural International Festival for Business in 2014.

Graham Sutherland, CEO of BT Business, said: “BT is proud to be a lead partner for the International Festival for Business 2016. The event provides the perfect opportunity for businesses of all sizes to network, learn and explore how they can grow their business at home and abroad.

“Relationships are at the heart of doing business and communications technology enables business to build quicker and more effective relationships, as well as maximise potential opportunities beyond the UK.”

BT joins HSBC as a lead partner at IFB2016, the biggest event of its kind in the world this year. Backed by HM Government and delivered in partnership with UK Trade & Investment and the GREAT Britain campaign, the festival will create opportunities for UK businesses to do international deals and for overseas buyers and investors to explore the best Britain has to offer.

Max Steinberg CBE, Chair of IFB2016, said: “The partnership with BT is a powerful endorsement and continues their support from the 2014 festival. BT is a natural partner for the world’s biggest business festival and we are delighted to welcome them back.”

Taking place in Liverpool from June 13 to July 1, IFB2016 will be a global marketplace for companies to create connections and do deals. The festival has a proven track record – more than £280 million worth of export deals and overseas investment was secured as a result of the inaugural festival.

More than 30,000 delegates are expected to attend IFB2016, including delegations from over 100 countries, creating new opportunities for UK business across the world’s major commercial territories.

As well as backing IFB2016, BT has announced its sponsorship of one of the festival’s flagship events: ACCELERATE 2016, a one-day event to inspire young businesses and young people to reach their potential.