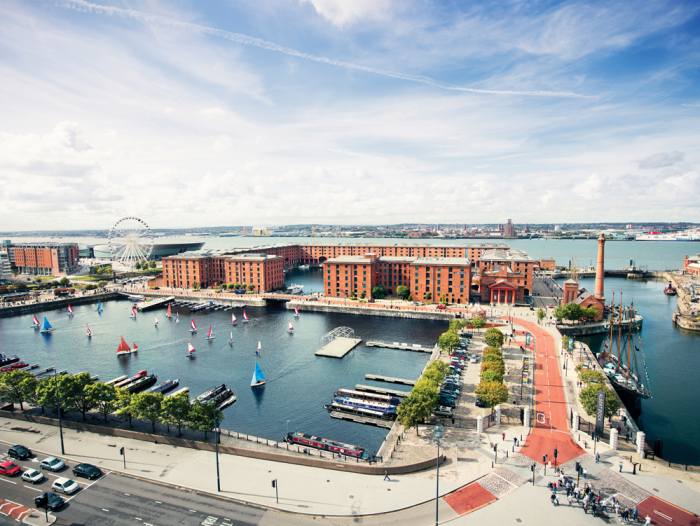 International Festival for Business 2016 (IFB2016) has secured an exceptional collection of thinkers, innovators, statesmen and business leaders to share their experiences. The group form part of the Blue Skies programme of events that sit around the core business-focused content at the three-week festival taking place in Liverpool from 13 June to 1 July 2016.

Festival attendees will have the opportunity to listen and reflect on the events that have shaped a group of fascinating people’s lives in an informal end of day environment. The purpose of the Blue Skies programme is to allow participants to network and learn. In addition, there will be a series of open events that day visitors to the festival can enjoy.

“The International Festival for Business 2016 will not only offer a superb showcase of the best in British business, but also provide a perfect platform for businesses to connect from across the globe. I greatly look forward to witnessing the start of the transformative relationships established at this summer’s festival.”

“It’s a simple fact: we need more women in nuclear and engineering. We need to create cultures that welcome and nurture women into the industry; how we go about needs to be discussed as a matter of urgency. The International Festival for Business 2016 will provide an opportunity for the employment and cultural challenge to be discussed in detail.”

At the heart of one of Britain’s most important cities, the IFB2016 will provide a truly global audience to bring together the best business Britain has to offer.

Further to the high profile Blue Skies speakers the programme includes a wider series of events that take in themes including, manufacturing, Artificial Intelligence (AI), the creative industries and even the business of football.

Those taking part include Iain Hennessey, a consultant paediatric surgeon and Director of Innovation at Alder Hey Children’s Hospital, and Lord Bilimoria, the founder of Cobra Beer.

Other speakers include Clemens Wangerin, Managing Director of growing social virtual reality application vTime, who is working to turn social networks into virtual experiences with family and friends in spectacular, virtual destinations, and Timpson’s’ CEO James Timpson, who will discuss his firm’s maverick approach to recruitment, which sees it work closely with the prison service to identify potential candidates.

The Blue Skies Sessions will also include a day devoted to the future of manufacturing, with speakers including Dr Ruth McKernan, Chief Executive, Innovate and Professor Steve Evans, author of the Manufacturing Commission report, Industrial Evolution.

“The Blue Skies programme is a crucial part of the festival. It builds on the 80 world-class events that we have to provide attendees with a complete festival experience. The calibre of speaker that we have secured sets us apart from any other business event taking place around the world. Spending time IFB2016 this June in Liverpool will be a truly enriching experience.”

Backed by HM Government, IFB2016 is the world’s biggest business festival. It will bring together thousands of global businesses, providing a platform for companies to connect and conduct international commerce. Put simply it is a global marketplace where deals are done.

This summer’s festival follows the success of the inaugural IFB in 2014, which produced more than £200m of new investment deals and export sales totaling more than £80m which were the direct result of introductions and connections facilitated by the event.

As a global showcase for great British industries and sectors, the Festival is a key date in the UK and international business calendar commencing on 13 June 2016. It will focus on three key sectors that are transforming the business landscape of Britain and beyond, including: manufacturing; creative & digital; and energy and environment.