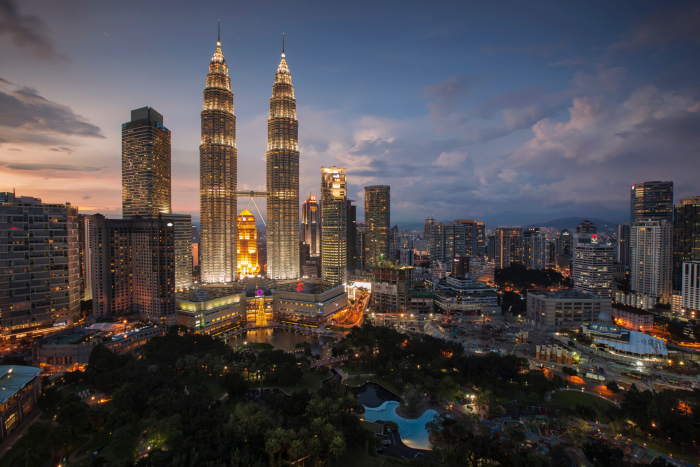 How will Malaysia fund its COVID-19 stimulus commitments?

As the fallout of the COVID-19 pandemic continues, economists in Malaysia have outlined a series of proposals that could be used to fund the country’s record stimulus package.

On March 27 Prime Minister Muhyiddin Yassin announced an RM250bn ($57.7bn) economic stimulus package, the country’s largest-ever to date, in an effort to strengthen economic resilience and boost the health care response to the pandemic.

The record stimulus, which is equivalent to 17% of GDP, built on the previous RM20bn ($4.6bn) funding package announced by then-interim Prime Minister Mahathir bin Mohamad on February 27 and approved by Parliament shortly after his resignation.

Among the wide-ranging measures included in the funding bills passed over recent weeks is a series of payments to workers affected by the crisis, with taxi drivers, tourist bus drivers, tour guides and registered trishaw riders eligible for an RM600 ($137) payout.

Elsewhere, workers’ contributions to the Employees Provident Fund pension agency have been reduced from 11% to 7% to increase take-home pay, a measure that is expected to free up some RM10bn ($2.3bn) for private consumption.

Following concerns from a coalition of entrepreneurs and business owners that initial measures didn’t do enough to support self-employed entrepreneurs and small and medium-sized enterprises (SMEs), the latest package dedicates RM128bn ($29.6bn) to welfare programmes and RM100bn ($23.1bn) for business support, much of which will go towards SMEs.

One-off payments have been earmarked for households based on their income bracket and marital status, while an additional RM1bn ($230mn) has been allocated to the Ministry of Health for the purchase of equipment needed to treat COVID-19 patients and limit transmission.

Complementing the stimulus support was the decision from Bank Negara Malaysia (BNM), the central bank, to slash the benchmark interest rate by 25 basis points to 2.5% in March, the lowest rate since July 2010.

Against the backdrop of the COVID-19 downturn, the recent crash in global oil prices has sparked debate over how the government will fund the stimulus package.

As part of efforts to combat the spread of the virus, the government announced a national lockdown on March 16, which resulted in the closure of schools and almost all businesses apart from supermarkets, markets, mini-markets and convenience stores. The lockdown will continue until at least April 14, and during this time foreign visitors are not permitted to enter the country and Malaysians cannot travel overseas.

These measures have had a significant impact on the economy, with the reduction in activity, combined with the increase in government spending, expected to raise the fiscal deficit beyond the existing projection of 3.2% this year.

This is particularly challenging in light of the recent drop in the global price of oil, which has fallen from yearly highs of around $69 a barrel in early January to around $26 a barrel as of March 30. Malaysia’s 2020 Budget was originally drafted with a projection that Brent crude would average $62 per barrel through the year.

Given that Malaysia’s revenue is strongly dependent on inflows from state-owned oil company Petronas, the trend is expected to significantly affect national accounts for the year.

Based on an assessment that every $1 drop in the Brent crude price per barrel represents an RM300m ($69m) fall in Malaysia’s oil revenues, AmBank has estimated that a prolonged slump in the oil price would see oil’s contribution to public revenues in 2020 fall from a targeted RM50.6bn ($11.8bn) to RM42.5bn ($9.9bn).

Going forward, it has been suggested that a series of alternative sources could be tapped to meet revenue shortfalls and help fund ongoing interventions.

Upon announcing the initial RM20bn ($4.6bn) stimulus package, then-Prime Minister Mahathir bin Mohamad said the measures would be funded by the country’s savings, including funds from the central bank, the Tabung Haji pilgrims’ fund and the Employees Provident Fund.

Following the prime minister’s resignation, further suggestions have been made, including drawing on a special dividend from Petronas.

In late February the company – which had already committed to providing RM24bn ($5.5bn) to the government this year – said it had no plans to issue a special dividend. However, Yeah Kim Leng, an economics professor at Sunway University, told local media that additional payments from the oil company could not be ruled out.

Other suggestions for sources of funding include acquiring capital from various state-owned enterprises and introducing revenue-raising measures such as goods and services tax.

Lee Heng Guie, executive director of the think tank Socio-Economic Research Centre, told local media that the government could also source funding from the country’s National Trust Fund (Kumpulan Wang Amanah Negara, KWAN). Established in 1988, KWAN collects wealth from oil and other natural resources. It is currently managed by BNM, and at the end of 2017 had an estimated RM16.9bn ($3.9bn) in assets.