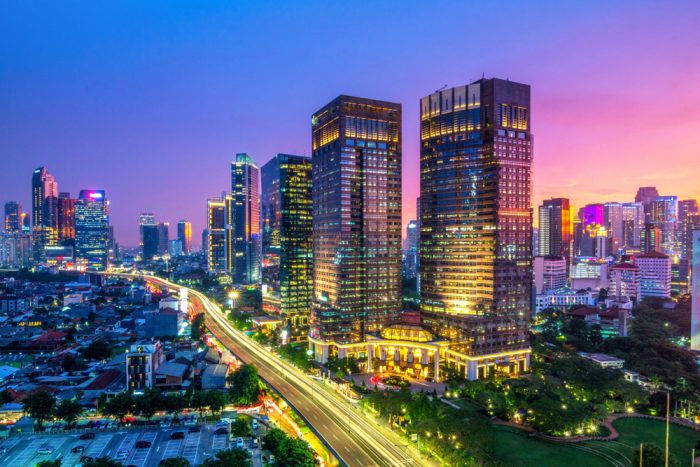 11 February 2021, Jakarta – In economic observations by Olly Riches, President Director of Michael Page Indonesia and the Philippines, foreign investment into Indonesia has softened in the last six to nine months due to uncertainty around COVID-19. However, with recent activity trends showing an increase this is seemingly on the rise again with Chinese backed companies maintaining a proactive policy of investing into Indonesia, followed by keen interest from Japanese, South Korean and western multinationals.

News reports state that foreign direct investment (FDI) into Indonesia in Q4 2020 rose 5.5 per cent to 111.1 trillion Rupiah, despite a slowdown earlier in the year. This data was released by Indonesia’s investment board.

Also speaking from his new appointment as the Chairman at the British Chamber of Commerce of Indonesia (BritCham), Olly Riches states, “We’re increasingly seeing establishing an Indonesia business becoming a ‘must-have’ rather than a ‘nice-to-have’ for a lot of companies when growing their global footprint. The main reason being the country’s demographics, where Indonesia is recognised as the largest economy in Southeast Asia and is enjoying prime position on the economic radar right now than it has maybe in previous years.

In building a successful business in Indonesia, securing quality employees is critical to establishing a presence. Indonesia’s relatively young population and a growing middle class has proven to be highly attractive to a wide range of industries from a workforce perspective.

With companies further adapting to the ‘new-normal’ it’s created an increase in new job opportunities over the last quarter and continued into 2021, we have observed a steady influx of Indonesian professionals at all levels securing employment and Indonesian professionals from overseas coming back into the country as they recognise the opportunities that Indonesia represents for their careers. Placement data from Michael Page databases found that 50% of professionals securing jobs in Indonesia are Indonesian who are or have previously returned from overseas.

Indonesia’s success in attracting foreign investment is also attributed to the growth of the Unicorn businesses in the last five years. “This has really profiled Indonesia on the global stage as a country of very high potential. Those Unicorn companies have hired in great volume and have attracted steadily increasing investment into Indonesia. The technology and e-commerce boom have been the key drivers and really pioneered growth here,” observes Olly Riches.

According to a recent study published in Michael Page Indonesia’s Talent Trends 2021 report, 41% of companies in Indonesia will be increasing their employment capacity in 2021. Of those respondents, the majority (57%) stated plans to raise headcount numbers by 1 – 10%. While the uptick in hiring activity has created optimism, the demand for high-potential candidates in Indonesia has put some pressure on the already stretched talent pools. This has triggered companies by actively rolling out company policies around localisation and succession planning, accelerated through circumstances created by the pandemic.

These current global conditions have also led Indonesian professionals overseas to rethink their job security and look back at Indonesia for better opportunities. When it comes to nurturing a core Indonesian workforce, Olly Riches says, “There is a real desire for companies to bring in hires with ambitions to be leaders as part of localisation plans in Indonesia. Companies are drawing long-term business plans based around developing Indonesian talent to sustain their vision and growth. It’s encouraging to see a noticeable shift in hiring policies of companies looking to secure Indonesian talent with this capability in order to ease succession planning at the mid to senior-management level.”