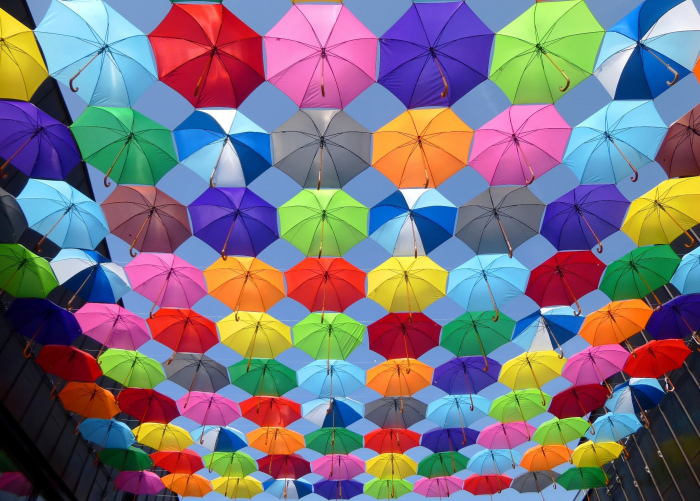 Can the creative industries of ASEAN make waves?

Strolling through Bonifacio Global City on a sunny Saturday, it is easy to spot the groups of smiley teenagers self-learning slick K-Pop dance moves in the shadows of gilded skyscrapers and leafy parks.

This joyful scene in a privileged enclave of Metro Manila is replicated every weekend across the sprawling cities of South-east Asia, as teens continue to ride the seemingly unstoppable “Korean Wave”. Whereas US music stars once reigned supreme in the Philippines and the wider region, they now compete for affection with the latest K-Pop idols to roll off the conveyor belt in South Korea.

K-Pop is just one element of Korean popular culture that has made inroads across the region and beyond in recent years, alongside TV dramas, movies, cuisine, fashion, cosmetics and video games. It has been driven not just by the creativity of Korean artists, performers and designers, but by a highly corporate – and sometimes ruthless – approach to talent management, combined with innovative social media strategies to engage directly with consumers and supportive government policies.

As a result, South Korea’s cultural exports generated a record $8.2bn in 2017, and the Korean Wave – known in the mother country as Hallyu – has been partially credited for driving growth in the tourism industry. Other soft power benefits are more difficult to quantify yet easy to imagine.

But should the fast-growing nations of ASEAN be content to remain consumer markets for the pop-culture giants of South Korea and the US, or can they realistically aspire to nurture their own creative industries into new growth engines for their economies?

A new economic pillar for the Philippines?

The Philippines is certainly in need of new growth engines. Expansion in two of the country’s major foreign exchange earners – business process outsourcing (BPO) and overseas remittances – has moderated in recent times.

The BPO industry is challenged by advancements in artificial intelligence and the proposed rationalisation of incentives for foreign investors in economic zones, while remittances have taken a hit from the 2014-16 oil price slump that impacted Middle Eastern states popular with Filipinos seeking opportunities abroad, as well as the repatriation of workers from that region this year.

Can the creative industries pick up some of the slack? That is one of the questions to be addressed next month in Manila at the Arangkada Creative Industries Forum, hosted by the Joint Foreign Chambers and supported by Oxford Business Group.

The Philippines has many inherent advantages that could support the growth of the creative industries. First and foremost, it has a large, consumption-driven internal market, buoyed by advantageous demographics. The median age is one of the lowest in Asia, and the Philippine Statistics Authority forecasts the population to expand from 92m in 2010 to 142m by 2045. This creates a fertile ground for a vibrant youth culture to flourish, sustained on a diet of music, film, fashion, arts and online content. The innate Filipino creativity and all-pervasive musicality are impossible for first-time visitors to the country to ignore; the challenge lies in harnessing this for wider economic benefits.

Already we see signs of success and growing demand for local cultural content, as evidenced by the highest-ever grossing Filipino movie at the box office in 2018. As far back as 2014, the creative industries contributed as much as 7.34% of national GDP and 14.14% of employment. Philippine culture also holds natural cross-over appeal for a wide variety of international markets, owing to its unique blend of Hispanic, American and Asian influences.

Beyond music and audio-visual content, the Philippines can also look to capitalise on its existing pool of digital talent in the well-established BPO sector to further develop the creative process outsourcing industry, focusing on more high-value activities such as graphic design, online marketing and web development, while also branching out into the lucrative video game development industry.

However, if the country is to truly realise its vast potential as a global hub for creativity, a more cohesive master plan may be needed to establish a viable ecosystem that ensures Filipinos have access to the financing and tools required to develop their considerable talents, as well as an effective means to access local and international markets. As Paolo Mercado, president of the Creative Economy Council of the Philippines, told OBG in an interview this month, a more stringent framework for intellectual property rights might be needed to ensure the creative accomplishments of Filipinos are legally protected and adequately compensated.

Another ASEAN member state in need of new growth engines to counteract weaknesses in its domestic economy is Indonesia. Indeed, the country shares many similarities with the Philippines in that it is a vast and highly populated archipelagic nation whose economy is largely dependent on private consumption.

As it undertakes a variety of policy measures to address its chronic current account deficit and stabilise the currency, the administration of President Joko Widodo (Jokowi) has recognised the potential of creative industries to boost domestic consumption and increase foreign exchange earnings. In 2015 the Jokowi administration mandated the establishment of the Creative Economy Agency (BEKRAF), tasked with nurturing the growth of film, fashion, music, handicrafts and other creative industries to end an overreliance on commodities.

Oxford Business Group recently conducted an interview with BEKRAF head, Triawan Munaf, which will be published in our forthcoming Indonesia 2019 report. Since the contents of that interview are still going through the editing process, I will point to separate comments he gave to international media earlier this year, in which he highlighted that the creative industries contributed 7.4% to Indonesia’s GDP in 2017, with the target being to raise this to 9% by 2020.

During the most recent incarnation of Indonesia’s foreign negative investment list, published in 2016, film production, distribution and screening were opened to 100% foreign investment for the first time, which has led to a surge in the number of cinemas and ticket sales across the country.

Indonesia can also capitalise on demand for its cultural content beyond the 250m people who live there, as its national language is a variation of Malay that is widely understood in Malaysia, Brunei Darussalam and Singapore.

The country’s leadership potential should be further boosted next month when it hosts the inaugural World Conference on Creative Economy in Bali, which is expected to attract over 1000 local and international delegates. One potentially unwelcome challenge on the horizon for Indonesia’s nascent creative industries could be posed by the rise in sectarian politics and religiously conservative ideology. It will be interesting to see how Indonesia can harness the economic potential of a dynamic and creative youth culture without igniting opposition from more reactionary elements of society.

To read the original article by Patrick Cooke, Asia Regional Editor at Oxford Business Group, click the link below.