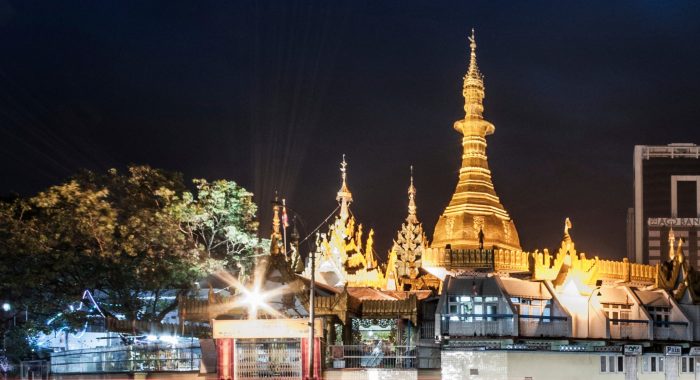 Myanmar should tap into British expertise and experience to leapfrog its capital markets, schools and regulatory frameworks, while no financial sector in the world is more relevant to Myanmar’s development than London’s.

Given the mounting political difficulties, only with sufficient foreign investment can the country move the economy towards revival and rebirth against all the odds. In this regard, the backing of UK businesses and transfer of skills and knowledge are essential and imperative.

U Thura Ko Ko, founding partner of YGA Capital, argued that British expertise, as a leader in services, is exactly what Myanmar needs.

“Britain is also a leader in privatisation, setting the framework of public utilities”, starting off in Europe and beyond, he went on. The Philippines, for example, kicked off its privatisation framework pretty much in the same line as the British model.

There is a lot of technical know-how and experience to capitalise on, such as establishing independent watchdogs, privatising state-owned enterprises and airports. For instance, British Rail underwent privatisation, a process which began in 1994 and concluded by 1997.

“[For] a lot of models and frameworks, Myanmar can almost take off the shelf. That kind of expertise and advisory services can well play an important role in the country’s economic reforms,” he remarked.

“We feel that with the right legal and regulatory frameworks in place in each sector, in Myanmar, the sectors would help to drive the country’s GDP growth. The UK can provide support in all four sectors by providing direct investment including capital investment, expertise and technology through exports as well technology transfer.”

The UK government is willing to share its knowledge and experience to help Myanmar develop the policy, legal and regulatory frameworks in those sectors through G-to-G dialogue and capacity building, he added.

For example, the UK is currently targeting a number of commercial opportunities predominantly in the infrastructure sector. This involves investment as well as the acquisition of technologies, goods and services. “Their success will lead to hundreds of millions of pounds investment into the Myanmar economy by UK businesses,” Mr Barnes said.

But there are other sectors, notably healthcare and automotive, which are also attracting British businesses. Investors are “keeping a close eye on the continued economic reform” Nay Pyi Taw is carrying, especially the soon-to-be-implemented Companies Law and liberalisation of the education market.