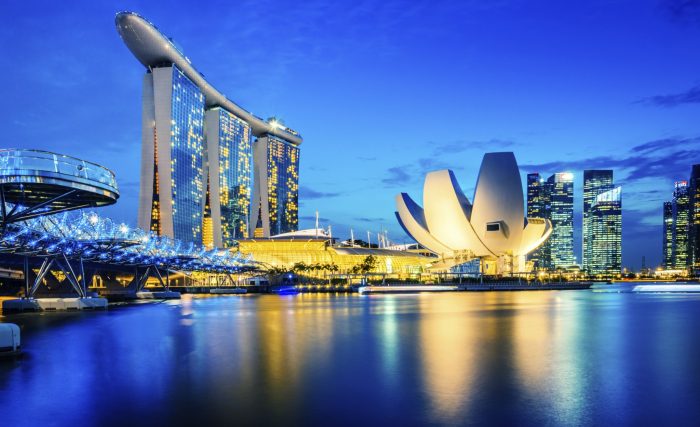 “Brexit is a Chance for Britain to Embrace ASEAN Relations”

Written by Mark Field, Minister of State for Asia and the Pacific.

As the UK prepares for formal exit from the EU, it’s important to position ourselves to maximise new opportunities.

I share the positive and optimistic outlook for a global free-trading Britain, and have set out the Prime Minister’s vision on trips across Asia since being appointed as minister of state at the Foreign Office.

This is already well set to be the Asian century. Two of the world’s top five economies are in this continent, with two more predicted to join by 2030.

The Asian century will be propelled by three pillars: China, India, and the Association of Southeast Asian Nations (ASEAN). The first two are well documented, so while I will continue to deepen our relationship with both, I will also be focusing on ASEAN.

Home to over half a billion people, it is the world’s third-largest labour market, with a blossoming middle class and avid social media usership (300m and rising).

As collectively the world’s sixth largest economy and with potential to reach fourth position by 2030, ASEAN presents a huge opportunity to the UK.

This August marked the fiftieth anniversary of the Bangkok declaration that formed ASEAN, bringing together a region of diverse religions and ethnicities, as well as various political and economic systems.

Over the last five decades, ASEAN has overseen a period of peace with its focus evolving from state-building to economic growth.

It experiences some of the highest growth in the world, boosted by its young and growing population.

As the foreign secretary said last week in Manchester, free markets, deregulation and privatisation in Vietnam and Thailand (as well as elsewhere in Asia) have helped lift more people out of poverty than ever in history.

UK-ASEAN opportunities are not new. In 2015, trade between the UK and ASEAN was worth over £30bn, and our investment links are stronger than with China or South Korea, with investments worth nearly £200bn. Look along the Thames to see ASEAN’s influence in London, with the magnificent Malaysian-funded redevelopment of Battersea Power Station.

Recently, I visited Singapore and was struck by the breadth of common interests that we share. Singapore is a global financial centre, and is more of a rival to post-Brexit London than Frankfurt.

One of our key shared interests is in fintech, in which both our governments are investing heavily to help firms thrive.

The UK continues to rank as the leading global fintech hub, with 60,000 people generating nearly £7bn in annual revenue. As we head towards our exit from the EU, it is imperative that we partner with global financial centres on shared issues. Singapore ranks as the top fintech hub in Asia, and this vibrant economy is a natural partner for the UK in this field and beyond.

Specifically, we are focused on how we can further strengthen the UK-Singapore Fintech Bridge, which was launched last year to provide these firms with a faster process when they expand bilaterally. Since then, at least five UK firms have chosen Singapore as their springboard to Asia.

Firms based in Singapore are also expanding to the UK.

Lattice80, the world’s largest fintech-only hub, plans to open its first location outside Asia in the UK next year. Its founding chief executive, Joe Seunghyun Cho, explains that Lattice80 wants to be in the UK because it sees “London as its own global hub rather than just a gateway to Europe.”

Cho cites the UK’s economic size, rule of law, strong and fair business values, and financial strengths as reasons why we will continue to remain relevant.

This is testament to the continued confidence of Asia’s fintech leaders in our long term prospects.

Singapore, which ranks near the top of the “Ease of Doing Business” rankings, is an obvious focus point for UK-ASEAN connections, but the opportunities across the region are diverse and exciting.

Rest assured, these ties are not only commercial. A million British holidaymakers visit the region each year. In response, the UK offers scholarships to study in Britain to each ASEAN nation. The numbers of visitors to the UK from the region (student, tourist, and business) are also on the rise.

With people to people links in mind, this week I marked ASEAN’s fiftieth year with friends and colleagues from across all 10 nations. It was a chance to reflect on historic achievements and look forward to the future. This next half century is one in which I predict the UK-ASEAN relationship will go from strength to strength.