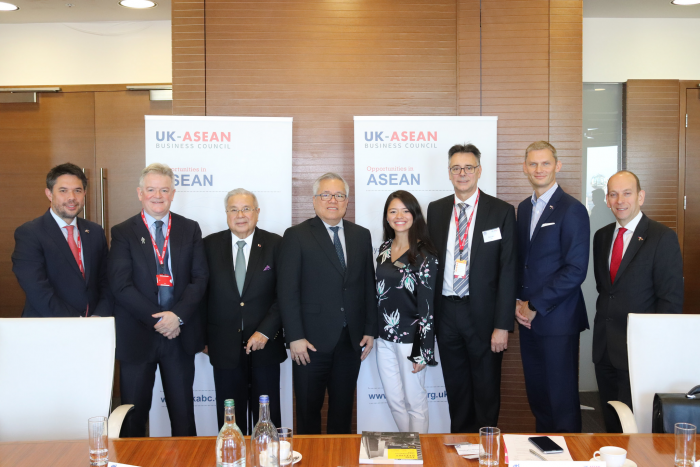 Breakfast Briefing on the Philippines

The World Bank predicts the Philippine economy will continue to grow at an annual rate of 6.7 percent in both 2018 and 2019, making it one of the strongest performers among major developing economies. The performance is put down to increasing urbanisation, a growing middle-income class, and a large and young population. The Philippines’ economic dynamism is rooted in strong consumer demand supported by improving real incomes and robust remittances. Business activities are buoyant with notable growth in the services sector including the business process outsourcing, real estate, financial and insurance industries.

The economy is currently growing at its potential but its investment growth hinges on the government’s ability to implement its ambitious public investment programme. President Duterte’s ‘Build Build Build’ programme aims to accelerate infrastructure spending and develop industries that will lead to job creation and raise the country’s standard of living.

As part of the UKABC’s Business Briefing Series, a roundtable meeting was held in the boardroom of the Shell Centre, London in-conversation with H.E. Ramon M. Lopez, Secretary of Trade and Industry about the Philippine government’s strategic plans to increase foreign direct investments and continue to grow the economy. The table was informed of the industries that the economy is showing its most promising growth, of which are also suitable and sustainable for job creation into the future for the country’s youth.

The country recently saw a record figure of US$10.2 billion dollars in foreign direct investment, has experienced tremendous expansion and strengthening of its manufacturing sectors, integrated iron and steel operations with interested investors from China and Taiwan among others, a larger presence of fintech companies in the capital Manila, the promotion of micro-loans and digitised SME payments systems to streamline B2B transactions, plans for huge investments in telecommunications and much, much more investment in other areas also.

Something which warranted extended conversation was the signing of the Ease of Doing Business Act which is pushing ultra-streamlined processing of companies seeking to do business in the region and serious criminal prosecutions for government officials not complying with this new optimistic and aggressive manner of conducting local government administration, which could potentially delay economic progress and FDI.

Tax reforms have been made in favour of the country’s education system, whereby the duration of secondary school has increased from 4 to 6 years for state schools, not to mention a phenomenal 700,000 now graduating Philippine universities (and their partner universities overseas like the UK) every year.

Useful reading from this event: