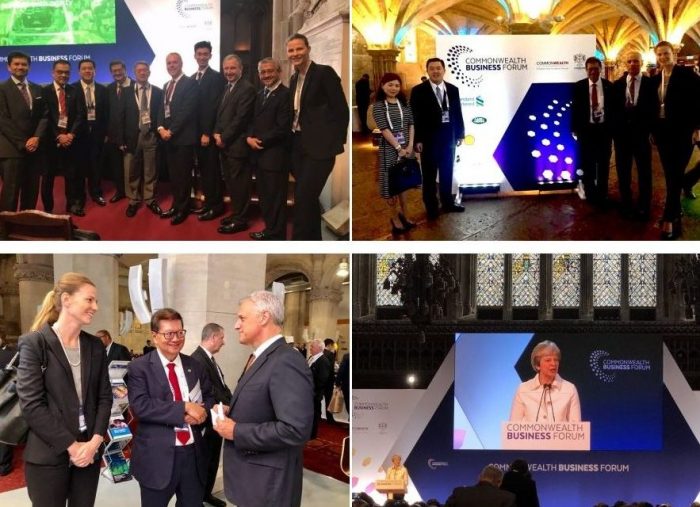 The Commonwealth Business Forum (CBF), is an integral part of the Commonwealth Heads of Government Meeting 2018 (CHOGM) that drew thousands of business leaders and heads of states from across the Commonwealth belt. Senior members of the royal family were involved in this event, with a speech from Prince William amongst the forum’s highlights. UK Prime Minister Theresa May addressed the business leaders on several occasions including a rousing speech on intra-commonwealth free trade and supporting gender equality.

Returning from the trip, Andrew Sill commented “This was a rare opportunity to engage on such a high level with business and governments from across the globe. The BMCC is honoured to have been entrusted with leading a group of Malaysian business leaders. The Commonwealth Business Forum brought together some great speakers and fantastic business minds, many of which we were proud to see on stage from Malaysia, sharing their successes and suggestions on how the Commonwealth could work more effectively together. On behalf of the BMCC, we would like to thank all the delegates for joining us and for playing a key role in representing a voice for Malaysian business.”