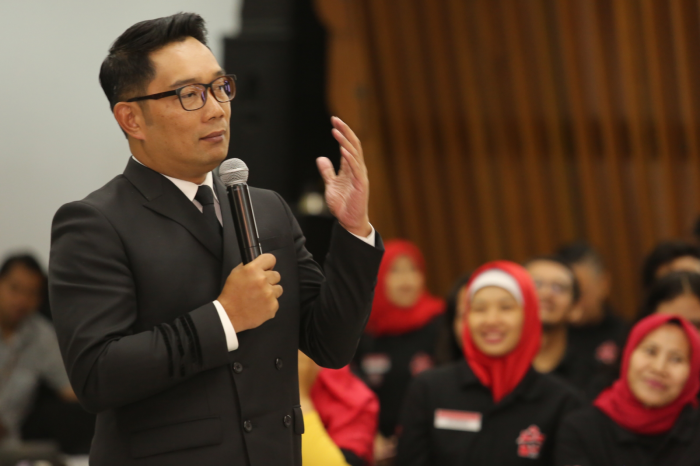 West Java is home to 48 million people, making it the most populated province in Indonesia. With an economic growth rate of 5.64 percent, West Java is growing faster than the national rate. Many of Indonesia’s top educational institutions are also based in West Java, such as the Bandung Institute of Technology.

Ridwan Kamil, an architect turned politician, was appointed Governor of West Java in October 2018. He graduated with a bachelor’s degree in architecture from the Institute Technology of Bandung and continued with his master’s degree of Urban Design at the University of California, Berkeley. With a strong passion for creativity and design, he won the British Council Young Creative Entrepreneur Award in 2006.

Hugely popular, with 10.7m Instagram followers, Ridwan Kamil is considered progressive and outward looking. Keen in developing West Java into a digital smart province, he is interested in UK expertise to achieve this goal. Over the last year, he has met both the UK’s Trade Envoy to Indonesia, Richard Graham MP and FCO Minister Mark Field MP in Indonesia.

This event is for UKABC Corporate Partners and invited guests. For more information on opportunities to be part of UKABC please contact ken.wells@ukabc.org.uk.