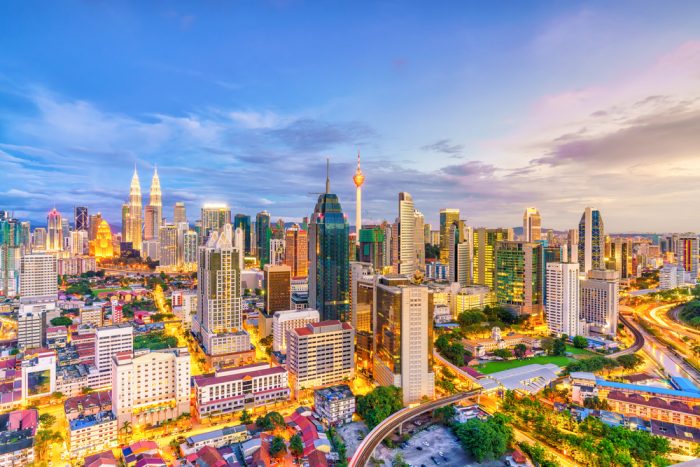 The UK-ASEAN Business Council is delighted to host Charles Hay MVO, British High Commissioner to Malaysia to an in-person roundtable in London. Malaysia’s political situation has been turbulent, and the economy continues to face significant Covid-19 challenges. The UK-Malaysia relationship is an important one. Bilateral trade is worth £4.1 billion and Malaysia’s young population, open economy, and increasingly affluent middle-class present potential for greater and investment.

Prime Minister Ismail Sabri, Malaysia’s third Prime Minister in three years, was sworn into power on 21 August, after the Muhyiddin Yassin failed to cling on to a narrow margin in parliament. Within a month, the UMNO senior figure has won opposition support in exchange for a number of reforms with the main Opposition bloc, led by People’s Justice Party leader Anwar Ibrahim, signing a “political stability and transformation” agreement to ensure political stability before elections are called in two years.

According to the Centre for Strategic and International Studies, Malaysia has the highest number of cases per million in Southeast Asia, surpassing India’s per-capita Covid-19 death toll in August. Malaysia’s death toll currently stands at just over 25,000 but the daily cases and deaths are declining as vaccination rates improve.

Malaysia will treat Covid-19 as endemic by the end of October. Come 1 October, it will relax movement restrictions, tourism attractions will be open to fully vaccinated visitors and businesses can operate in person if their employees are also fully vaccinated. Around 61% of Malaysia’s 32million population have been fully vaccinated.

The Central Bank has downgraded 2021 growth to 3-4% from initial projections of 6-7% after suffering the worst GDP contraction of 5.6% last year since the 1998 Asian Financial Crisis. The Budget will be announced in October, along with the 12th Malaysia Plan, which will seek to provide support for the weakened economy and will include a proposal to raise the government’s statutory debt ceiling from 60% to 65%.

Sustainability is being prioritised. At the recent UN General Assembly, Prime Minister Ismail Sabri said, “For Malaysia, mainstreaming sustainability is key in ensuring a smooth transition to a greener socio-economic ecosystem”.

This roundtable for UKABC partners will provide unique insight into the UK-Malaysia relationship and an understanding of the key issues facing the country.

This is a small roundtable for UKABC partners. This will be an off the record discussion under the Chatham House rule.

His Excellency Charles Hay MVO started as the British High Commissioner to Malaysia in March 2019 in succession to Vicki Treadell CMG MVO.

Prior to Malaysia, Mr Hay was the British Ambassador to South Korea from 2015 to 2018. During his time in the British diplomatic services, he has been posted to the Czech Republic, Spain and the UK Representation to the EU in Brussels. Charles was also the Director of Consular Services in London, responsible for assisting British nationals and in crisis management worldwide. Before joining the Foreign and Commonwealth Office in 1993, he was a Captain in the British Army.

Mr Hay is married to Pascale Sutherland and they have two daughters. He has a Master in Business Administration as well as a BA in Philosophy and Politics. His hobbies include golf, diving and archery.

Malaysia, Thailand and Vietnam are leaving their zero-Covid policies behind, but they aren’t ready to open up, experts warn. CNN