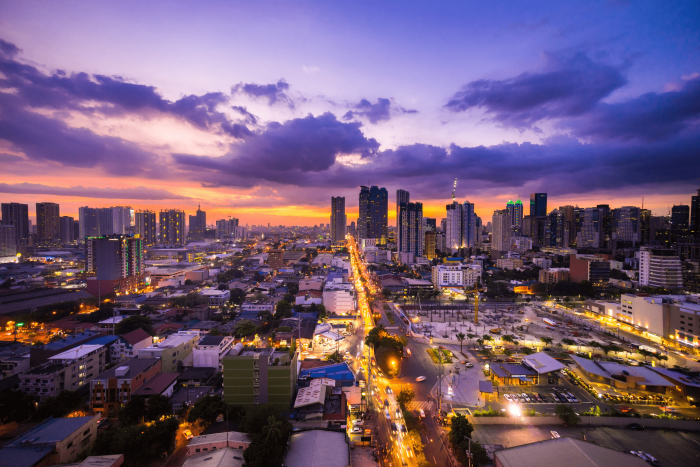 UKABC Political and Economic Update on the Philippines

Daniel Pruce, British Ambassador to the Philippines and Richard Colley, DIT Country Director will join UKABC partners and invited guests in a conversation led by UKABC’s Chair, Baroness Neville-Rolfe DBE CMG, to discuss the impact of the coronavirus on the Philippines, as well as provide a political and economic update. The coronavirus is increasing in its spread across the country and causing havoc on the economy as exports wane and domestic consumption is limited until normalcy resumes.

President Duterte threatened to arrest anyone not wearing a mask in the face of rising infections since the opening back up of the economy in June. The Philippines has over 70,000 confirmed COVID19 cases and 1,837 deaths, the second-highest number in the region (on both counts). The government has promised to increase testing, but observers have noted that its tactics to curb the spread are increasingly similar to the ‘war on drugs’ approach.

Despite protests and a request to refrain from proceeding by UN High Commissioner for Human Rights, Michelle Bachelet, President Duterte on 3 July signed into law the Philippine Anti-Terrorism Act of 2020. Many claim the Act will be used to target critics of the government as the Act has a broad definition of terrorism which permits the use of surveillance, warrantless arrest and detention of suspects for up to 24 days.

The media that have either scrutinized President Duterte or not been favourable towards his administration have been met with legal action. Maria Ressa, one of the countries most prominent journalist’s and CEO of news site Rappler, has been convicted of cyber libel and tax evasion. ABS-CBN, a leading media company, has been denied its application to renew its 25-year licence by legislators which many see as a blow to press freedom.

The Philippines decided to cancel, and then suspend the cancellation, of the US visiting forces agreement amid heightened tensions with China in the South China Sea. The Philippines won a 2016 arbitration ruling in the Hague to refute Chinese claims to parts of its resource-rich Paracel and Spratly islands. This has soured relations with China and complicated its efforts in attracting Chinese investments.

The Philippine economy contracted for the first time in 22 years in the first quarter of this year. The International Monetary Fund is forecasting the economy will shrink by 3.6% in 2020.

The Department of Labor and Employment estimates that over 10 million people may lose their jobs in 2020 due to the pandemic. Households are also struggling from the drop in remittances from Overseas Foreign Workers (OFWs) who are also out of work and beginning to return home. There are over 10 million OFWs and remittances make up 35% of financial flows to the Philippines and 9% of the country’s GDP.

President Duterte is expected to use the State of the Nation Address on Monday 27 July to roll out a comprehensive recovery plan. To date, two stimulus packages have been announced namely the Covid-19 Unemployment Reduction and Economic Stimulus (CURES) worth £23.88 billion and the Accelerated Recovery and Investments Stimulus for the Economy of the Philippines (ARISE Philippines) worth £20.65 billion.

Before that he worked in the Europe Directorate of the Foreign and Commonwealth Office (FCO) in London, heading the department that dealt with internal EU issues, including economic reform and the EU’s institutions. He was also responsible for strategic communications on the EU, including the Lisbon Treaty.

From 2004 until 2005 Daniel was the Programme Director of the FCO’s change programme (the “Organisation Project”). This included restructuring the FCO in London and overseas.

Daniel was seconded to the Prime Minister’s Press Office in 10 Downing Street from 2002 to 2004, responsible for briefing journalists on foreign, defence and development issues and accompanying the then Prime Minister Tony Blair on his visits overseas.

He has twice worked in the UK’s Permanent Representation to the EU in Brussels. First dealing with the closing stages of the GATT Uruguay Round negotiations (1993-1996), then as British Spokesman on EU issues from 1999 to 2001.

Daniel was seconded to NATO HQ during the Kosovo crisis in 1999. During this period Daniel also spent time in Macedonia, working with the NATO communications team.

Richard Colley arrived at the British Embassy Manila in October 2018. Over the last 15 years, Richard has held various roles in the Department for International Trade including 5 years at the British Consulate Chicago where he headed up the US network’s Advanced Engineering and Manufacturing team.

Immediately prior to taking up his current role, Richard was DIT’s Head of Inward Investment across the Southern England region where he was responsible for managing the delivery partnerships with Local Enterprise Partnerships (LEPs) and local authorities.

He has also held roles as a Senior Policy Advisor on reshoring, Desk Officer for trade with Central and Eastern Europe and Senior Project Manager leading on attracting inward investment in the automotive sector. He started his career in the civil service with HM Revenue and Customs.

Remaining Agile in Philippines: What companies are doing in light of COVID-19. Michael Page

Please note that this is event is reserved for UKABC partners and invited guests only.