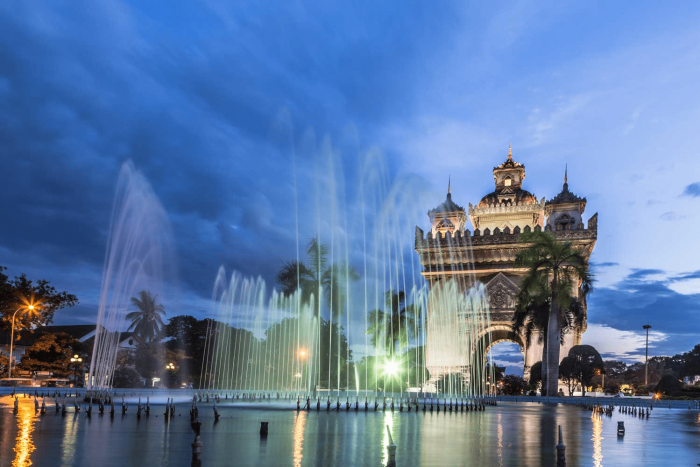 UKABC partners will discuss the latest developments in Laos with British Ambassador, John Pearson, and John Cockcroft, Chairman of the British Business Group of Laos in a conversation led by Baroness Neville-Rolfe DBE CMG, UKABC Chair. Laos, a land-linked nation with a population of 7 million people, became the last Southeast Asian nation to report its first confirmed case of COVID19 on 24 March. While there have been no deaths due to the coronavirus pandemic, the debt laden economy is in a precarious state as global demand continues to stall.

On June 10, Prime Minister Thongloun Sisoulith declared Laos free of the coronavirus after the last of the country’s 19 cases recovered and 59 days with no new infections. The WHO has commended the government on the response to the crisis, which includes a 14-day quarantine for those entering the country. The International Federation of Red Cross and Red Crescent Societies have noted that there were no unofficial reports of illnesses or deaths on social media giving credence to the government’s reporting. Laos is facing a harder time with dengue, with almost 3,000 cases reported and eight deaths.

While the pandemic has been kept at bay, the global economic slump has not. Tourism, trade and investment, commodity prices, exchange rates and lower remittances have been negatively impacted. The World Bank predicts the economy will contract by 1% – 1.8% and see an increase in the fiscal deficit this year to between 7.5% and 8.8% of GDP, from 5.1% of GDP in 2019. Debt levels are expected to increase to between 65 and 68% of GDP generating higher debt level service obligations. The weak financial system, along with low reserves, will not be able to cope with a prolonged pandemic. Fitch Ratings has downgraded the nation’s debt from ‘stable’ to ‘negative’.

The impact on jobs and the estimated reduction of up to £100 million in remittances, affecting rural households in particular, is leading to calculations of between 96,000 and 214,000 additional people falling into poverty as a result of the pandemic. Depending on the length and depth of the crisis, the World Bank predicts gradual upside growth of 4.5% on average over two years and 2.5% downside growth over two years.

Laos has limited fiscal options with its foreign reserves estimated to be at   £800 million at the end of March. Societe General bank has said that 80% of Laos debt in 2019 was dominated in foreign currency and externally held, almost half of which by China. Laos has undertaken large infrastructure projects financed by debt from China including a high-speed 250-mile train line (a belt and road project connecting China’s southern Yunnan province with Vientiane), hydropower dams (with aspirations to be a ‘battery’ of Southeast Asia),  highways and special economic zones.

The ruling communist party will select its new officials and leaders for the next five years in January 2021 at the National Congress.  The Lao People’s Revolutionary Party, a Marxist–Leninist party, has governed Laos since 1975 and holds 128 of the 132 seats in the National Assembly.

John was appointed British Ambassador to Laos in August 2019.

John graduated with the degree of Bachelor of Engineering from the Department of Civil Engineering at the University of Liverpool, U.K in 1967 and went on to obtain a Master of Engineering Degree in Soil Mechanics at the same university.  With 50 years of work experience at a senior level in the international construction industry he has held senior management and board positions on 4 continents with leading contracting and consulting companies and owner developers in the fields of heavy civil, ground engineering and in the hydropower industry.  He currently serves as Adviser to domestic and foreign energy businesses in Laos for Construction, Contracts, Risk Management and Legal Matters.  John is also the current Chairman of the British Business Group in Lao PDR, the de facto British Chamber of Commerce since the UK left the EU.

An Uncertain Future for Laos. The Diplomat

Please note that this is event is reserved to UKABC partners and invited guests only.