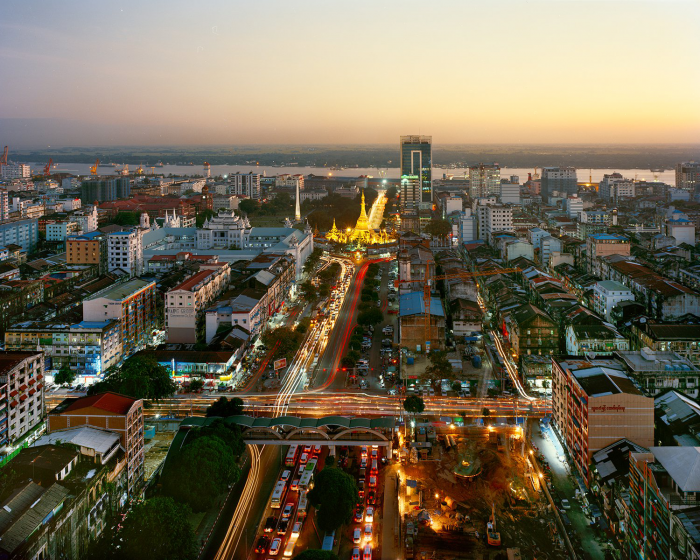 Daniel Chugg, UK Ambassador to Myanmar and Warren Pain, DIT Country Director, will provide insights on the latest political and economic developments, including how Myanmar is coping with the coronavirus pandemic.

To date, Myanmar has said it has 150 cases with 6 deaths among it’s  54 million population. The World Bank has forecast Myanmar’s growth to decline sharply from a pre-coronavirus projection of 6.3% to between 2-3% for 2019/20. The impact on the economy is significant with supply chain and trade flow disruptions, a drop in domestic consumption and the tourism and hospitality sector – a major revenue earner – coming to an abrupt halt. The garment sector, which employs 700,000 workers and brings in £3.69 billion in export revenue (10% of all exports), has faced major disruption with 25,000 workers from 40 factories being laid off. The  EU has created a £4.36 million fund to help the garment workers who have been laid off.

Myanmar has limited financial firepower to stimulate the economy and State Counsellor Aung San Suu Kui has asked businesses and citizens to donate to a pubic fund. The Economic Relief Plan, announced on 28 April, provides policy changes such as credit guarantee schemes, greater liquidity in the economy and an increase in the fund for local businesses in particular SMEs. However, workers in the informal sector, which by some estimates make up half of the country’s GDP, are at risk of not receiving sufficient support.

Investment in healthcare is badly needed. Out of pocket expenditure on healthcare is the highest in the region with 76% of payments made at the point of care, as a result people may not seek healthcare and remain infectious in the community for longer.

Climate change is another challenge for this developing nation exposed to floods, cyclones, earthquakes and other natural disasters. Myanmar is one of three countries most affected by climate change between 1999-2018 according to the 2020 Global Climate Risk Index.

UK-Myanmar total trade in 2019 was £546million with the UK running a trade deficit of £216million. Over 80% of UK exports to Myanmar are in services.

This discussion is for UKABC partners and invited guests.

Daniel Chugg – Biography
Daniel Chugg took up his post as British Ambassador to Myanmar at the end of May 2018. His previous diplomatic roles were Head, Counter-Daesh Communications Department, Communication Directorate and before that as Head, ISIL Taskforce and Iraq Department, Middle East and North Africa Directorate. Daniel’s Asia postings include Beijing, New Delhi and Hong Kong.

Warren Pain – Biography
Warren is a career Diplomatic Service officer who has worked in numerous political and trade/economic roles. Apart from home postings at the Foreign Office in London he has had postings in Beijing, Chongqing, Hong Kong, Hanoi and Singapore. He also served in Europe, Africa and the Middle East on short-term duties also with  a  short duty in Yangon in 1998. His current focus in Myanmar is improving market access and development in the interests of UK business and shared prosperity while thematically looking at the areas of Education, Infrastructure, Energy and Financial/Professional Services.