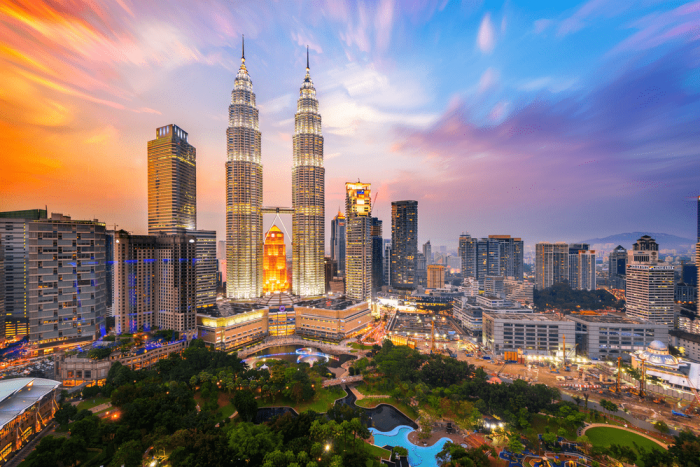 UKABC partners will discuss the latest political and economic developments in Malaysia with British High Commissioner, Charles Hay MVO and DIT’s Country Director, Deborah Clarke. The conversation, to be led by UKABC’s Chair Baroness Neville-Rolfe DBE CMG, will explore how the coronavirus has impacted Malaysia and provide a forward look of the region’s third-largest economy.

Malaysia implemented a Movement Control Order on March 18 to prevent mass gatherings and limit travel into and across the country which has helped to flatten the curve. To date, Malaysia has reported 7,604 cases with 115 deaths related to COVID19. On May 4, the government reopened almost all sectors of the lockdown as the economy saw daily losses averaging £446 million.

Malaysia is also going through a challenging and complicated political period. The relatively new government is preoccupied with both governing in a crisis and clinging on to power with a narrow majority. Former Prime Minister Mahathir suddenly resigned last February and has tabled a motion of no confidence against current Prime Minister Muhyiddin Yassin. Citing the need to focus on the coronavirus, the government has said parliament is not due to be recalled until July 13, however, should they need to raise the debt ceiling to manage the economic fall-out it will need parliamentary approval.

The country’s central bank is projecting growth for the full year to be between 0.5% to -2% with positive growth expected in 2021. Economists are expecting a recession this year with depressed oil and commodity prices, weak global demand for its exports and supply chain disruptions. Malaysia has rolled out a package worth £48.6 billion worth of stimulus measures and the central bank has cut its benchmark interest rate three times to an unprecedented low of 2%.

The World Bank has advised Malaysia to transform businesses to prepare for the new normal citing the importance of shifting focus to transformation and change. Malaysia’s Finance Minister has noted the importance of skills saying “we need to make sure our people, the rakyat, are being supported with the right skill sets to remain relevant during the recovery period and, of course, in the reform period as well.”

Charles took up his post as the British High Commissioner to Malaysia in March 2019.

Prior to Malaysia, Charles was the British Ambassador to South Korea from 2015 to 2018. During his time in the British diplomatic services, he has been posted to the Czech Republic, Spain and the UK Representation to the EU in Brussels. Charles was also the Director of Consular Services in London, responsible for assisting British nationals and in crisis management worldwide. Before joining the FCO in 1993, he was a Captain in the British Army.

Deborah was appointed Director of Trade & Investment for Malaysia in  February 2017.

Deborah joined the Civil Service in 1984 and her career has focused largely on trade and investment, with an anchor in the Southeast Asia region. Her previous posts in the region include Director of Trade & Investment for DIT in Indonesia (2009-2013) and Vietnam (2004-2008).

Remaining Agile in Malaysia. What Companies are doing in light of COVID-19. MichaelPage.

This Digital Conversation is for UKABC Partners and invited guests.