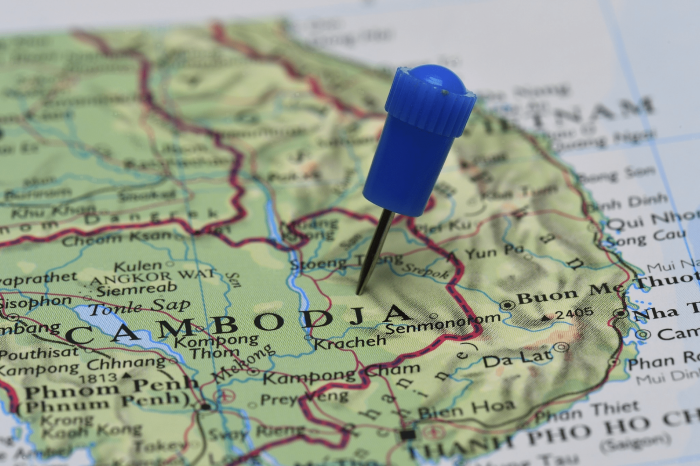 Tina Redshaw, British Ambassador to Cambodia and Stewart Clayton, DIT Country Director will join UKABC partners and guests for a conversation, led by UKABC Board Director Dr Matthew Cavanagh, that will provide a political and economic update on Cambodia. While there have been only 130 cases and no deaths among its 16 million population, the pandemic has had a crippling effect on its economy.

Cambodia temporarily closed its borders to infected countries, closed schools and entertainment venues and banned domestic travel. The WHO, which has provided technical assistance, and the US Center for Disease Control are working closely with the Cambodian health ministry and say they are confident of no widespread transmission of the virus. The lack of transport, relatively low population density (80% of the population live outside cities), more open-air living and a culture of wearing masks due to dust from the poor infrastructure have also contributed to the low spread of COVID19. The World Bank has provided $20 million in credit and the EU has offered a $61 million grant to combat COVID-19 and revive the economy.

Prime Minister Hun Sen’s Cambodian People’s Party (CPP) has been in power since 1979 and hold all the seats in the 125-member legislature. In a speech on Monday 23 June, PM Hun Sen said the ruling party would be a dominant force in politics for as long as a century, telling the opposition it should wait until the next life if it wants to be in power. The banning of the political opposition party and charges of treason against its leader were among the reasons for the European Commission’s withdrawal of tariff preferences that will take effect on 12 August 2020. Requests to push back the date due to the coronavirus and the additional negative impact the withdrawal will cause, have been declined unless the requested changes are implemented.

The Asian Development Bank has predicted that the economy will contract by 5.5% this year, halting over 25 years of continuous growth but will return to 5.9% growth in 2021. The World Bank estimates 1.76 million jobs are at risk and forecasts poverty will increase by 3% and 11% if families working in major industries experience a 50% loss of income that lasts for six months or more. The World Bank warned that the fiscal deficit could reach its highest level in 22 years and public debt likely to rise to 35% of GDP by 2022.

Cambodia’s main sectors of apparel exports, tourism and construction have all been significantly impacted. With a collapse in global demand, over 240 garment and footwear factories have suspended operations. International arrivals have dropped by more than half in the first quarter effecting over 600,000 people who work in the tourism sector. Construction has also been hit with steel imports, an indicator of activity, dropping by 47% year-on-year in the first two months of the year.

In addition, the crisis has also put on hold Cambodia’s dreams of beginning oil production as the current prices do not justify extraction costs. To add to the challenges, a large number of migrant workers have returned from Thailand unemployed which will lead to a significant drop in remittances (£2.3 billion in 2019) and an increased pool of unemployed in Cambodia.

Total trade in goods and services between the UK and Cambodia was £1 billion an increase of over 8% from the previous year.

Tina Redshaw became the first female British Ambassador to Cambodia in July 2018. Prior to taking up her role in Cambodia, she spent 18 months learning the Khmer language.

Tina has extensive experience in Asia, having served twice in the British Embassy in Beijing (2000 to 2003 and 2007 to 2010), and most recently as the British Consul-General in Chongqing (2013 to 2016). Tina was Her Majesty`s Ambassador to Timor-Leste from 2003 to 2007. In London Tina has worked as Deputy Head of Climate Change and Energy and in both the China and South East Asia Departments.