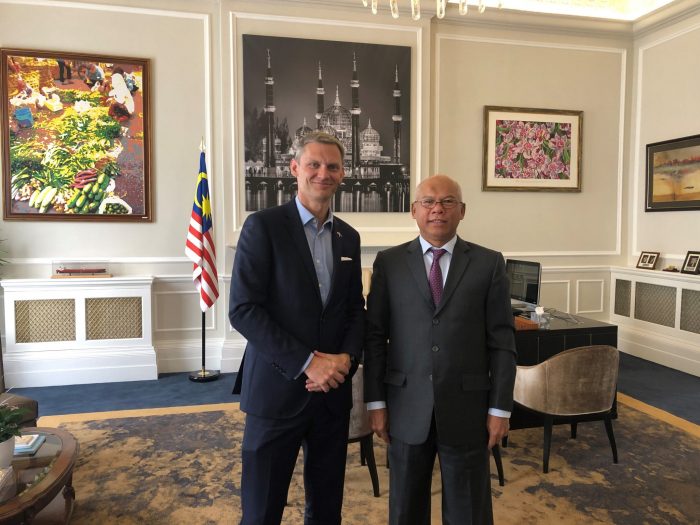 UKABC looks forward to welcoming H.E. Datuk Mohamad Sadik Kethargany, High Commissioner of Malaysia to the UK, to a breakfast briefing with executives from leading UK corporations, universities and associations.

H.E. Datuk Mohamad Sadik began his tour as High Commissioner at the end of April previously being Director General at the Institute of Diplomacy and Foreign Relations in Malaysia. He was previously Ambassador to Iran and Hungary. Ross Hunter, Executive Director, of UKABC met with the High Commissioner in May to discuss how UKABC and the Malaysian High Commission can collaborate to strengthen UK-Malaysia business relations.

He is the first Malaysian High Commissioner to the UK from Kuching, Sarawak.

Datuk Mohamad Sadik Kethergany started his career as Administrative and Diplomatic Officer at the Ministry of Foreign Affairs in 1989. He was the Director General at the Institute of Diplomacy and Foreign Relations (IDFR) since 2017 prior to his appointment as the High Commissioner of Malaysia to the United Kingdom.