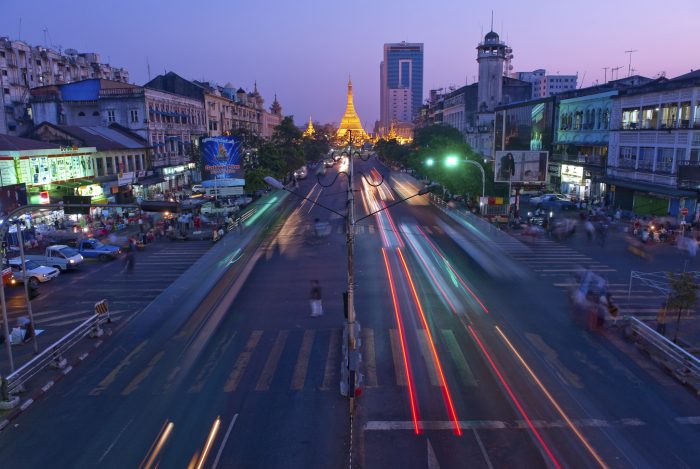 An afternoon organised by the Dutch Government Agency of the CBI, (Ministry of Foreign Affairs)

If you are in the fashion industry and constantly on the look out for the best strategic sourcing options, you possibly sit in one of these three camps:

Whichever camp you sit in, it’s important to keep track of all the happenings in Myanmar with its constantly evolving profile!

When the Dutch Government Agency of the CBI first went in to Yangon in 2012, there were no mobile networks, very few hotels, and taxi prices were fairly reasonable! Fast-forward to 2016, your mobile phone catches network almost immediately on landing, there is 3G available, Wi-Fi is available in most places and high quality hotels have mushroomed almost on every corner in the city. There are great bistros and restaurants set up, expats are a common phenomenon on the streets, and taxis are at least 3 times more expensive!  Garment factories have been opening almost everyday, and donor programmes such as the Export Coaching Programme run by the Dutch Government agency CBI, (www.cbi.nl) are focussing on developing and increasing FOB exports of the locally owned factories to Europe sustainably. Over the years 2014 – 15 about 20 local factories have been exposed to the EU markets and have visited the first set of interested retailers to assess interest and to learn about expectations. As a result, in 2016 many of the retailers and brands who met with Myanmar companies in 2015 saw the potential and have now started exploring direct business possibilities with the local companies, rather than through a series of agents.

Building capacity of local entrepreneurs and locally owned factories in Myanmar is critical to keeping the industry ethical and sustainable in the long term. As the Chairman of Myanmar Garment Manufacturers Association (MGMA), Mr. U Myint Soe says,

Fresh, important developments currently in Myanmar from missions in May 2016

With skills in creating more valuable products, and years of experience in supplying to highly demanding customers in Japan and South Korea, Myanmar is more than just a low cost destination.

So, what are the next steps for Myanmar? What’s happening now after the elections?

CBI will bring to the table a fresh insight and share the learnings from their stakeholder meeting, as well discussing the key findings from the in-factory audit mission in May 2016.