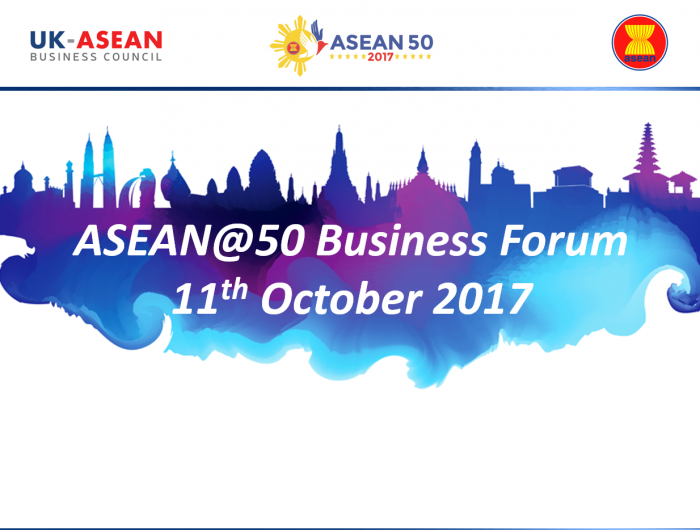 Founded in 1967, ASEAN today is the third largest population in the world with over 625 million people. It is the 6th largest global economy and 3rd largest in Asia. More than half the population is under the age of 30 and almost 50% live in urban areas.

The UK places great importance in this dynamic region and wants to be a key partner in the next stage of its exciting future. The ASEAN@50 Business Forum aims to explore the new opportunities and new futures between the UK and ASEAN.

The ASEAN@50 Business Forum is proudly jointly hosted by the UK-ASEAN Business Council, the Department for International Trade (DIT) and the Foreign and Commonwealth Office (FCO), and will feature talks and discussions from guests including but not limited to: