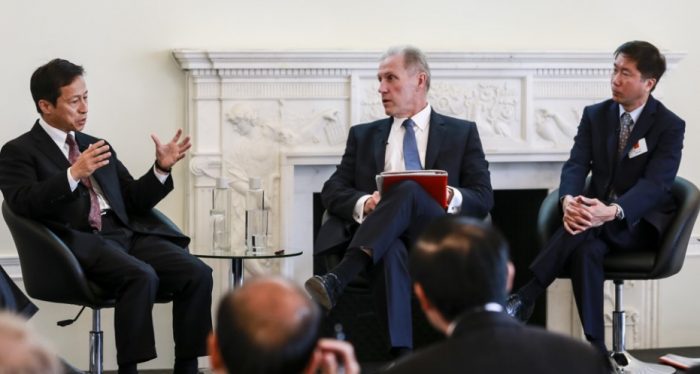 ASEAN on the global stage

China’s economic slowdown, the upcoming presidential elections in the US and the decision of the UK to leave the European Union have created a new global geopolitical environment.

The Association of South East Asian Nations (ASEAN) has benefitted from strong surrounding Asia-Pacific economies including China, Japan, South Korea, and Australia. With economic partnership agreements in place with all of these, ASEAN is well positioned in global trade flows but it remains to be seen how China’s slowdown will impact the region. In addition, China’s aspiration on the international stage might create tensions with the other major players, US and Japan. ASEAN needs to define its position within this constellation.

Nazir Razak, Chairman of CIMB Group, recently told Asia House Brexit demonstrates that the ‘ASEAN way’ works and will lead to closer UK-Asia ties. With exiting the European Union, the UK would look into strengthening trade and investment ties with Asia. Mr. Razak will speak at this signature conference in partnership with KPMG and give his views on the next steps of ASEAN’s integration given the new geopolitical developments.

Lord Green, former Group Chairman of HSBC and former UK Minister for Trade and Investment, will give a keynote speech on future UK-ASEAN trade relations which after the referendum become even more important.

This signature conference, in partnership with KPMG, will draw on insights from KPMG’s recently published ‘Southeast Asia in transition’ report. It will bring together experts and senior business figures to discuss ASEAN’s future potential as a major global player.

Lord Green, former Minister of State for Trade and Investment, and former Group Chairman of HSBC

Attendance at this event is by invitation only. For more details please see contact below.

This event is organised in partnership with KPMG